After announcing their partnership with Tencent Games for the upcoming ROG Phone 2, Asus has officially confirmed the first major feature of the new device - its 120Hz screen.

In partnership with Chinese fighting game “Under the One Man” Asus announced its upcoming phone will feature the increased refresh rate and promised more future games will be optimized for the 120Hz experience. 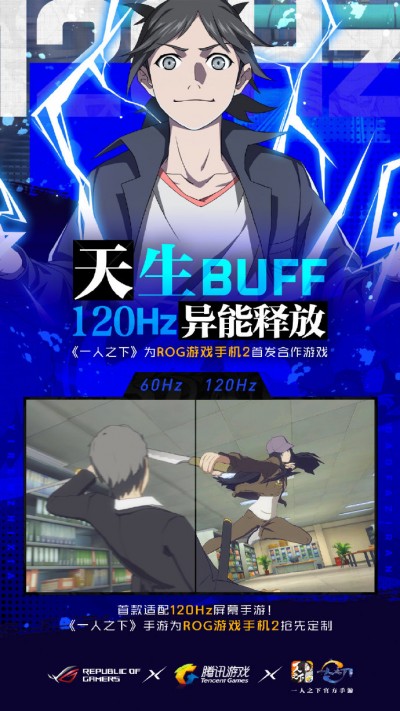 This will make the ROG Phone 2, the third smartphone with a 120Hz display after the Razer Phone and Razer Phone 2. The new ROG phone will also feature exclusive gaming software optimization from Tencent Games for a more immersive experience.

Other rumors point to the Snapdragon 855 CPU and up to 12GB RAM. We might also see a refined cooling mechanism and likely the notorious overdesigned gaming phone look with sharp lines and LED accents colors.

For now, we know that the ROG Phone 2 will release in July but no word on pricing and availability so we’ll have to wait on Asus to drop more clues in the build-up to the release date.

Well i have. Its much better. By the way good gaming phone can last maybe 2-4 years but good gaming PC can last 5-10 years easy for same price.

buy a gaming pc instead lmao