The Asus ROG Phone was announced way back in early June and nearly four months later you still can’t buy one. That may finally change, if a GearBest listing is to be believed. 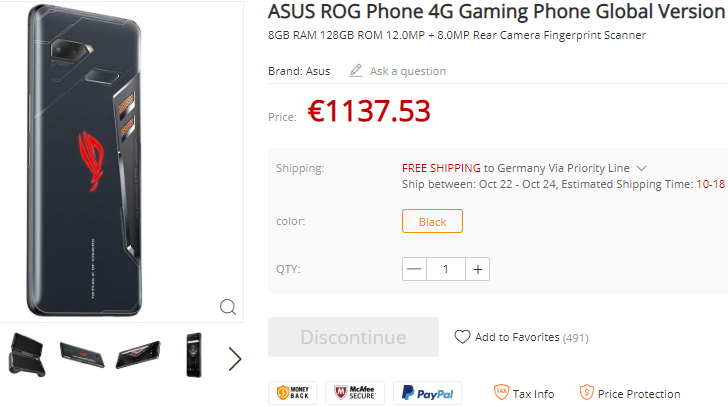 Those prices are higher than the €1,000 asked by Finland’s Telia (that was a pre-order with a free ROG Delta headphones, but it has since disappeared). The carrier claimed that shipments will start in mid-September, but that obviously didn’t pan out. There was talk of a September launch in India as well, which didn't happen either.

The phone promises a 90Hz AMOLED screen, a binned Snapdragon 845 chipset (for higher clock speeds), dual USB-C port (for accessories), virtual trigger keys, 4,000mAh battery and many other cool features (including an RGB-backlit logo on the back, of course). Which all sounds great, but for now it’s as real as Big Foot.

this phone have had better benchmark scores than the A11 bionic so faster than the current iphoneX , still don't know about the A12 bionic though or the comparison with 855 … with that said ROG phones and the Pixel /XL release at this time eve...

Remove the 3, move the decimal point 1 over to the left, I will think about it. These people are nuts