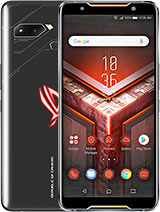 before-android9, 12 Aug 2021Does this phone has a front LED indicator? (Notification LED)?Yes it has of course ...

Does this phone has a front LED indicator? (Notification LED)?

Carmanen , 18 Jan 2021Sadly that's true but i still love my original ROG pho... moreI have a chance to purchase a ROG 1 for $350. I know it’s a bit dated but I am getting it to fly my DJI Mini 2 Drone, while my Epson Moverio BT-40 Smartglasses (USB-C connector) is connected to the side port. The bottom port allows me to connect the DJI Remote Controller. As well, with Android Pie being an older OS, all issues with the DJI FLY app have been resolved. As long as the phone provides a maximum of 3 hours continuous use while I’m flying my drone, I’m more than happy. I have been searching for a long time for a phone with 2 USB-C ports that provide full bi-directional data flow & this seems to be the only one out there that is reasonably priced.

My iPhone 8 Plus usually lasts about 10 hours during a work day for me. That’s checking emails, browsing the internet, reading the occasional PDF file & making the odd long distance call. How would the ROG 1 compare?

Thanks in advance to those who reply!

Hagoromo, 13 Jan 2021Yes, many apple fans laughed at this, but this is cuz it... moreLike apple released an ultra gaming phine ir whatsoever..even samsung is the toppest company you know lol

Hagoromo, 13 Jan 2021Yes, many apple fans laughed at this, but this is cuz it... moreSadly that's true but i still love my original ROG phone! Can't see many flaws in it... well, battery life could be better.

Carmanen , 11 Jan 2021Asus has just confirmed that this phone will not get Androi... moreYes, many apple fans laughed at this, but this is cuz it's only Asus' first experimental gamin' phone and they just didn't put much effort on it.

Asus has just confirmed that this phone will not get Android 10 but it didn't surprise me. Just wanted to share this info to all original ROG phone users.

Ad-hoc offering from a motherboard maker looking to cash in on the lucrative mobile phone market. The phones are not expected to last more than 3-4 years tops, plagued by uncompetitive pricing, bloatware and system boards prone to failure (constant phone restart).

Anonymous, 28 Oct 2020Im looking for a audio phone and daily normal uses (no gamm... moreShort answer, yes! I’ve had this phone since early 2019 and it’s audio features are as great as gaming features and battery life is solid for everyday use.

Im looking for a audio phone and daily normal uses (no gamming) with great battery for a very good price, would you guys recomend this for 400$?

vans, 13 Jun 2020pls tell me that this phone is upgradeable to android 10That remains to be seen, nothing is confirmed yet but it's possible. Pie update took some sweet time so if Android 10 is coming, it's going to be Q4 2020.

How is the camera on this? Can someone let me know please

pls tell me that this phone is upgradeable to android 10

Matte, 29 May 2020I had the same problem updating my ROG Phone. Got some answ... morethankyou bro you saved my life omg

Another user on the forum said this to me:
Upgrade in the following order.

At some point it started picking up the OTA updates and now it's on the latest version.

If you haven't succeeded with the updates yet, you might want to try this.