It's a hybrid device based around a folding 17.3-inch 2560x1920px OLED display of 4:3 aspect (when fully opened) and 500 nits of brigthness. When fully unfolded, it can stand on its own kickstand and work as a monitor - a nice combination for office work, combined with the Bluetooth keyboard. 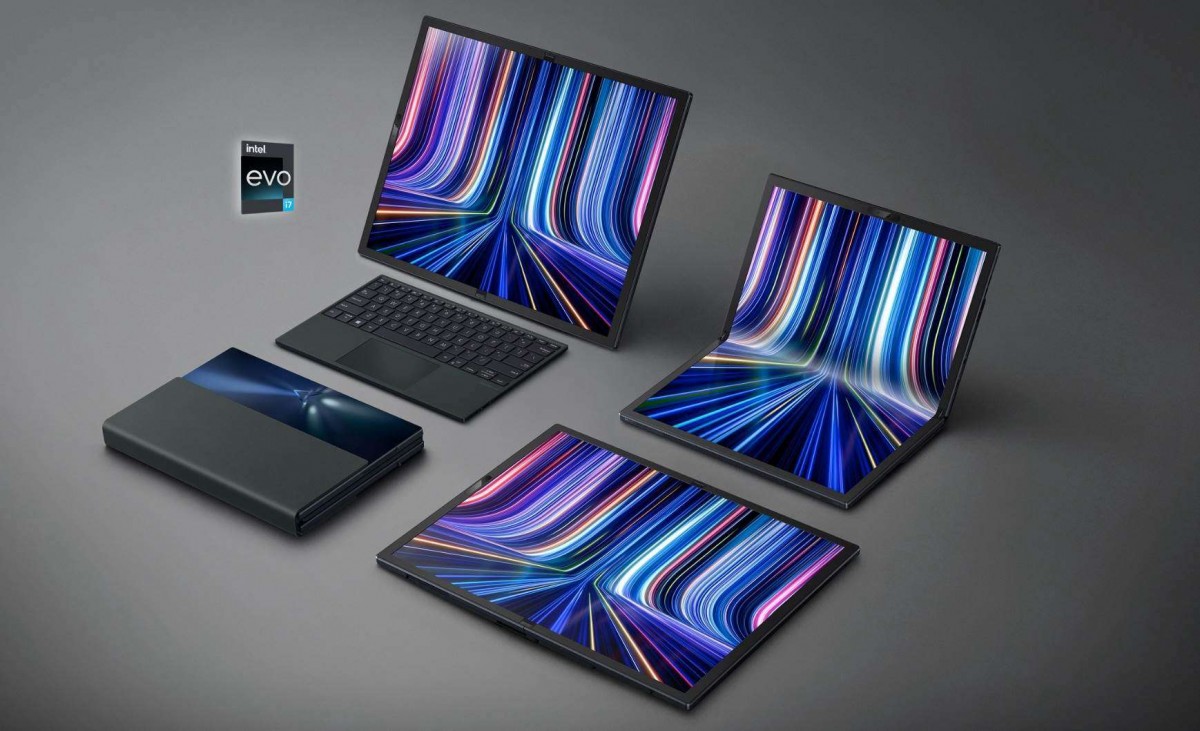 The Zenbook 17 Fold OLED can also be folded at 120 degrees and used with the Bluetooth keyboard - a way to still enjoy its 17.3-inch display in full - or by making the bottom half of the display act as a virtual keyboard.

Finally, the Zenbook 17 Fold OLED can be used as a conventional laptop with a magnetically-attachable physical keyboard and only half of its display at 12.5-inch and 1920x1280px. 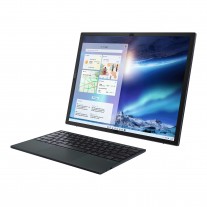 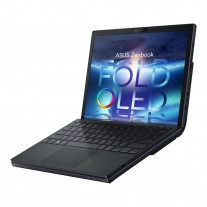 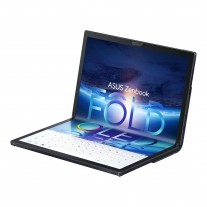 And if you just fancy a tablet, the Zenbook 17 Fold OLED can be used in the hand, though at 17.3-inches it is a bit big.

The Zenbook 17 Fold OLED runs on Windows 11 and is powered by Intel's i7-1250U processor with 16GB of LPDDR5 RAM. This is Intel's 12th-gen hybrid architecture with 2 performance cores and 8 efficiency cores. Graphics are handled by Intel's Iris Xe. There's a 1TB M.2 NVMe PCIe 4.0 SSD - the latest and fastest storage around.

There are two USB-C ports on the Zenbook 17 Fold OLED - both Thunderbolt 4 with support for both display output and charging, which tops out at 65W. There's also a 3.5mm audio jack. 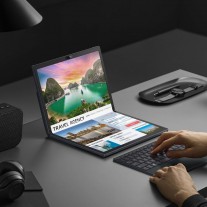 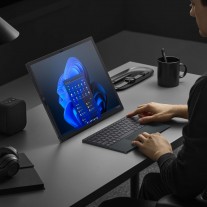 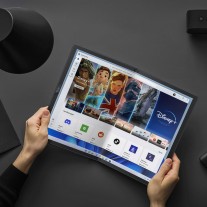 Inside, there's a 75Whr 4-cell battery that's good for up to 9 and a half hours of screen-on time. The Zenbook 17 Fold OLED weighs 1.5kg - huge for a tablet but very reasonable for a 17.3-inch device.

Now for the price and availability. The Asus Zenbook 17 Fold OLED will be available in Q4 for €3,999/$3,499 in Tech Black. That's more than two brand new Samsung Galaxy Z Fold4's, mind you!

which country do you live? Apple apps/OS is not compatible in some countries' websites

the issue with this isn't the price, it's windows. For that money I'd never get a windows pc. 3.500€ is a M1 Pro 16 inch MacBook that'll blow any windows laptop out of the water, not even because of specs but simply because window...