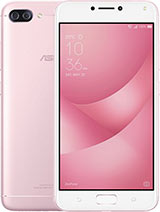 In general it's an affordable cell phone I have only one complain, in both cell phones cameras stop working after a low high fall, however screen durability is amazing, no cracks until now after several falls.

It was temporary fixed with a home made rebound.

According to the GSM Arena app this is the phone I'm currently using. On the spec sheet it says it has two 13 megapixels camera (wide and ultrawide), but why mine only goes up to 12mp (wide) and 5 mp (ultrawide)?

KeenKid, 21 Dec 2020I've had this phone since Sep 2017 and still works wel... morestill no new android update? Stuck at android 7. For now it still works, but given how fast-paced tech is at this age, sooner or later, android 7 will not be compatible with apps :(

Tika, 10 Jun 2020I have been using this cellphone for 2 years and now I have... moreSame problem

I've had this phone since Sep 2017 and still works well.
I've dropped it at a very bad angle almost a year ago so my screen cracked on the upper left corner but still works perfectly fine.
The best feature would be the battery. I don't know what issues others have upon upgrading to Oreo but phone batteries naturally degrade and with this being 3 years, it's def a plus I could game and surf all day and had to charge it only once.

The bugs I'm currently having are when changing ringtones but that isn't necessary for the phone to work. Also Asus cams aren't really as neat as the other phones but it's acceptable.

I've had a few issues but nothing big that made me wanna throw it and change phones.
It's been my best bud and if ever I'll buy a new one, I'll be opting for an Asus phone again.

Had this phone since September 2017 - still works great. Battery still lasts. Unfortunately couldnt be upgraded more after Android 9 but I can live with it. :)

I've been using this phone for 3 years now. The phone is good, especially both front and back cameras. It is still running fast but unfortunately, it's stuck with Android Oreo. Last Android update was last year. Battery is superb, lasts up to 3 days upon regular use.

Good phone, but there have been issues with system updates.

PROS:
- GREAT battery life! 5,000 mA is fantastic
- Quality camera, as long as it works (See below)
- ASUS's proprietary phonecall recording app works perfectly and is incredibly useful. This is the only reason I'm reluctant to get a new phone since I use this for work A LOT since I have a lot of trouble remembering details I'm told, and end up going back to the recordings more often than I would like to admit. I seriously have to clear out thousands of recordings every so often.

NEUTRAL
- Works best on the ASUS phone charger. Charging via USB will take twice as long than plugging it into the wall with ASUS's charging brick.
- ASUS seems to pay for positive App reviews on the App Store. This is a huge negative in my book, but it doesn't affect the quality of the phone so its a Neutral vote here

CONS:
- Camera breaks on occasion. No idea why. Mine started working again for a week after a few months of being broken, and then broke again just a couple hours ago. Super annoying.
- Most of the time updating the system, even a security patch, messes up something. This gets resolved with a Factory Reset followed by re-installing the updates on a fresh system, but that's hardly optimal.

I have been using this cellphone for 2 years and now I have problems with charging, the charging connector is broken

Rey, 07 Nov 2018I've bought this phone during its launch and i fell in love... moreexactly the same here

I buy this phone last march 2018 and still working now yah the battery change after the update so I had to reformat it to erase the update but unfortunately it didn't change. but I love this phone so much. so my advice if you will buy this phone do not update it.

This phone is amazing, never had a problem.with it.
Love the design and color, perfect prize battery its ok! Already a year or so with it. Nothing bad to say about it.
The only thing is that I used to have an older model that had cool camera features this one didn't have all of that.

Hi friends...i recently buy this phone and it show message"zenui launcher has stopped" ferequently when it working .....it stop awhile from working and then it ok ..can u please help me ..why i recived this message???is it bug or hardware fault??thanks

Anonymous, 01 Jul 2019my phone died over night .When I finished for the night it ... moreI have the same problem... after upgrading to 8.1 battery doesn't last very long... and it keeps on overheating...
then it just died with red light and black screen...
I attached it to the charger more than overnight... then after awhile it became hot again and full charge... and turned ON...
at the moment I'm doing the factory reset to make it 7.0 android.

JayYYZ, 26 Oct 2018I absolutely love this phone! I picked it up on Amazon.ca f... moreAre you still happy with the performance of your phone ,as possibly thinking about buying one and there are mixed reviews? , UK buyer