Well, whaddayaknow, the Flip Camera returns! The Asus Zenfone 7 Pro is here with the second iteration of the motorized flip-up camera assembly introduced on the Zenfone 6 last year - now holding three cameras instead of two. We have the new Zenfone with us and we'll be starting the review process with this here early hands-on.

Flip Camera is an entire brand in itself in Zenfone world and we don't blame Asus for making a big deal out of it. This year, the whirring apparatus has grown in size to accommodate a telephoto cam (3x optical zoom, the specs say) in addition to the main and ultra-wide units, those two now improved as well. Another lengthy camera section is in store for the full review.

Zoom action was indeed one of the key missing bits about the Zenfone 6, but there were other ones too. Good as it may have been for an LCD, the 6's display was no OLED, but the Zenfone 7 makes the switch. It's slightly bigger at 6.67-inch in diagonal, and it's also high refresh rate - unless 90Hz is medium refresh rate now?

A key aspect of what made the previous Zenfone excellent was value for money - the combination of a top-tier chipset and a big battery can be found on the 7 as well, at a very appealing price point, indeed. The 5,000mAh battery capacity was huge at the 6's release, only kind of big today, but we'll count it as a win too - pending some testing, that is. 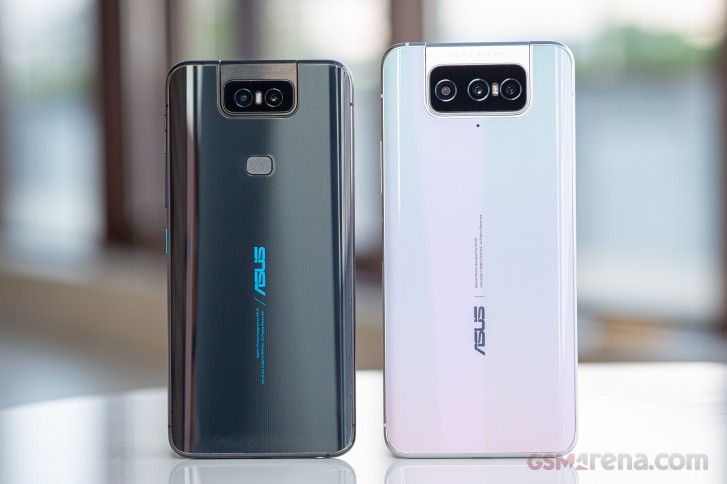 This is perhaps a good point to mention that there's a Zenfone 7 Pro and a Zenfone 7 proper. There are just three differences between the two. For one, the Pro gets the souped-up Snapdragon 865+ chipset, while the vanilla model is equipped with the regular Snapdragon. And then the Pro has OIS on its main cam and the telephoto, while the non-Pro's optics aren't stabilized. The RAM and storage numbers also vary between the models. That's three, right?

A few things have remained the same, coming from the previous generation - for better or worse. The Zenfone 7 has retained the stereo speaker setup and that's no bad thing. It's still not water-resistant, but how many flip camera phones can you name that are? Curiously, an RGB LED status light still made the cut, despite the OLED screen now opening up potential for an always-on display. A moderate disappointment is the removal of the headphone jack - 'oh, well' we muttered and moved on, by now used to its absence. 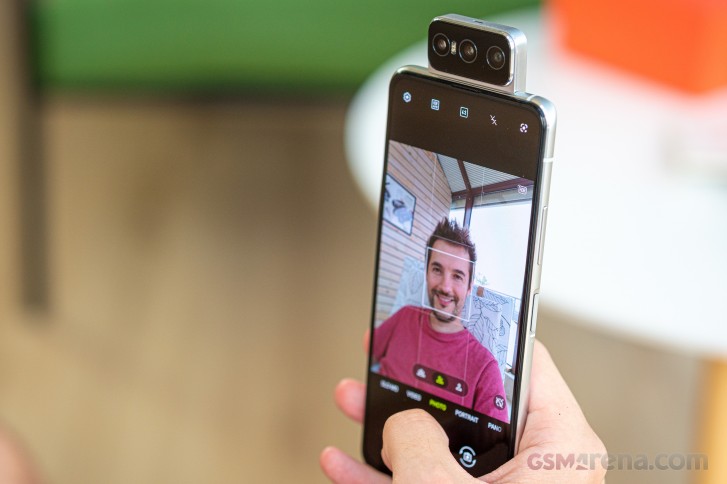 We'll talk a bit more about all this on the next page as we walk you through our first impressions of the Zenfone 7 Pro. Oh, and we might use the 7 and 7 Pro terms interchangeably, but we'll be sure to point out the differences where it matters.

Finally OIS in the Camera and a flagship phone with ultrasonic fingerprint sensor on the side . Optical finger print sensor lags and I hate it so much that no longer use it on my Samsung. If the price is right, I will definitely buy this phone. I can...