Asus has launched an entry-level smartphone in India. Dubbed the Zenfone C-ZC451CG, the device is priced at INR 5,999 ($96), and is now available online via e-commerce website Flipkart. 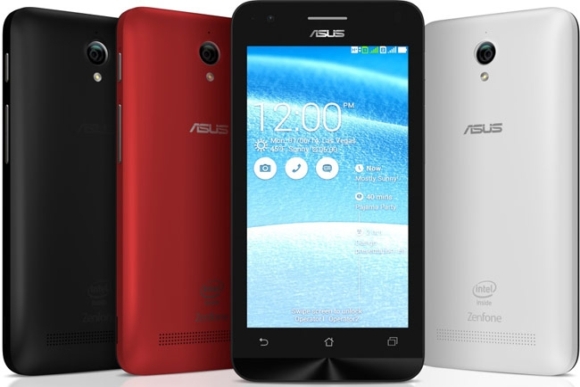 The smartphone is powered by Intel's Atom CloverTrail Z2520 chipset with dual-core 1.2GHz CPU, and sports a 4.5-inch FWVGA TN Panel display with a 480x854 pixel resolution. It comes with 1GB of RAM, 8GB of internal storage (expandable up to 64GB via a microSD card), and runs Android 4.4 KitKat out-of-the-box with the Taiwan-based company's Zen UI on top.

As for the Camera, the Zenfone C sports a 0.3MP front snapper and a 5MP main shooter with PixelMaster technology, which the company claims can capture up to 400% brighter photos in low-light conditions, even without flash. The device also packs in a 2100mAh removable battery.

Asus Pegasus, would have been better than this shitty specced phone

when to launch in the philippines???