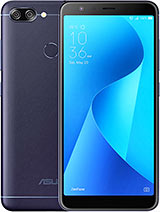 quincy, 24 Nov 2019the does heat up.Internet it will come hot soon, why ?Battery life is sadly drop, why ?

I loved this phone when I first got it. It ran smoothly for the first couple of weeks. Then I started wishing I got the Zenfone max pro M1, because it looks more like an iphone. The underwhelming part of this phone is susceptibility to cracking and overheating while gaming and using multiple apps at the same time. The battery life is good for a long time, but after a year and 3 months of having the phone it's taken a major step back, but still for the price point I really enjoyed the face unlock, the simplicity of the phone, and practicality of it as well.

the does heat up.

This phone was my daily driver for about a year. Although it sufficed my needs initially, I became increasingly unimpressed with this phone's performance, reliability, and battery life (which is ironic since that is the sales point of this phone). It was only about $200, so I guess you get what you pay for, but my pre-owned Samsung Galaxy S5 Active - a phone over 3 years older than this one - lasted twice as long with better performance for the same price. There are better budget smartphones with the same or better battery life than this one (the Moto G7 Power for example) - don't waste your time with this phone.

I have issue,my phone dosent have line/connection,which is i cant make a call or receive call,even emergency call.
I already try a few "asus" method like:
Format the phone 2 time
Turn of/on aeroplane mode

The end ( sorry for my bad grammar)

I've got this phone since its first released. And i find amazing though because i've dropped it several times but never had an issue with its functions on its hardware.

What i like the most about this phone is intergrated software: The Asus Mobile Manager software which allows you to manage your phone easily
It's up to you to discover it. It's totally great!

The only issue i have is its querty keypad because its compressed that's why you get to press the wrong letter sometimes. But Overall, Two Thumps Up ! Worth the price!

Anonymous, 30 Jun 2019There is an update. I have this phone. Ever since ASUS upda... moreThat is because you kill your battery from watching movies or YouTube too much, which will cause you're phone to lag and/or crash alot. To help this get better you need to boost your phone and clean it's memory.
Also, don't own huge apps.

Anonymous, 30 Jun 2019There is an update. I have this phone. Ever since ASUS upda... moreI have had the same problem this phone gets hot when you watch videos and Turns off for 5 minutes, but it crashes and restarts all the time, and I have been seeing Battery Problems when I got the Android 8 update it has been draining faster, DONT GET THIS PHONE

Dan, 07 Jun 2019Is there any update?There is an update. I have this phone. Ever since ASUS updated my phone to Android 8.1.0, I've been having so many crashes. I also don't get phone calls, and sometimes texts even. I don't recommend this phone at all.

The ASUS Zenfone Max Plus M1 has disappointed me to no end. The errors/bugs in it include:

Laggy firmware which causes random restarts, freezes, crashes
Blurry rear camera
Middle of touchscreen - there is a strip that just does not work, for no apparent reason.
Speakers crackling when clicking back or opening anything to load
Multiwindow button needs tapping twice before it responds
Facebook app errors due to this phone only (eg. likes and reactions not displaying)

Oh my god, please NEVER, EVER, buy an ASUS phone if you value a stable smartphone.

Is there any update?

My Zb570tl touch not functi0n after down 20cm on the floor.

I cannot use my back camera and also my flashlight was hidden. Need help

len, 21 Mar 2019Bad phone ever! Screen display have lines after 8 months o... morethen you never should have updated haahhah

it heats up all the time