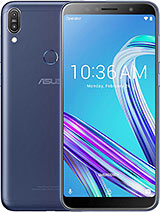 Chiru, 22 Mar 2021There is an android 10 upgrade available. Just not an OTA u... moreIsn't that android 10 beta? They never release official version. But I guess it works anyways.

What is price of new touch display of this model?
Should I fit original one?

using this phone since 2019, currently in Pixel Experience Plus Android 11... working flawlessly... mine is 3/32 gb variant.... android 11 runs smooth.... suggesting everyone to use custom rom especially pixel experience plus

Wow, with the latest LOS18 it keeps plowing for FIVE whopping days, despite being over 2 yrs old! This model is just gold!

Have been 3 years still in good performance, battery surviability are unexpected still 8-10 hours screen on time, the price is affordable for many people. I hope asus made this kind a phone again but with enhanced spesification. Come on Asus makes another entry/mid level phone, i believe in your device~

Anonymous, 07 Jun 2021Does ur phone ever took 8 full hours to full charge? It onl... moreAnd now my phone charges rapidly like normal if i don't disconnect the cable before it fully charged. So i had to take a call while charging.

After OTA update got black screen on main screen after lock screen, lock screen is fine. Its all black after swipe the lock screen. In android recovery mode menu, I try to root integrity check, and the result system fail!! Dam* this OTA update. How to fix this without wipe data?

I have been using this phone for 2 year's. I this is one of the best. No problem at all except camera quality. Even though I have 32 installed apps there is no lagging.

Does ur phone ever took 8 full hours to full charge? It only shows "charging" and not "charging rapidly." I used 2nd method but the problem repeats itself if i used it without fully charged. Should i try the 1st method or do u guys have other solutions? I think this happens after i replaced the bloated battery

To recalibrate battery, charge your phone to 100% without interruption.

then discharge it normally till 0%(phone gets switched off).

charge it to 100% in switched off condition and keep it in that state for a little more time.

now switch on your phone in charged condition and unplug when ASUS logo appears.

keep the phone unused for 5 mins.

Lvs, 16 May 2021Did they promise upto 3 android update?only 2, but here we are... they already cut off production & support for max pro series.

Anonymous, 22 May 2021Here too same problem... What can I do...replace with oem battery. very easy to find online.

my phone shut down while playing and when i try to open i again it fails, it just stacked in. and it was useless now. i just used it for more than a year lol

I have this phone since 2019. Still work like new. No issue except the android 10 not coming at all. I got over it and just live with this android 9 I guess. I can't change this phone to any other brand since there are not many manufacturer making stock android phone anymore. I love stock android because there are no lagging issue and it doesn't eat up too much memories on default. Hoping Asus to make a new one with the latest design and chipset. Hoping for SD700 series at least.

Every time I travel to the Mainland I come across problems with WIFI issues. Quite often like now my Asus Zenfone Max Pro M1 fails to access the internet even though I succeeded in signing on my hotel WIFI. No matter, the phone indicates the signal is strong however I just can't get into the internet. People would tell me it is a router problem but in this case obviously it is not. Can any one help please?