Asus is all set to unveil a new tablet next month. Dubbed ZenPad 3S 10, the device, which is claimed to feature the "world's narrowest border", will be made official at an event in Taiwan on July 12. 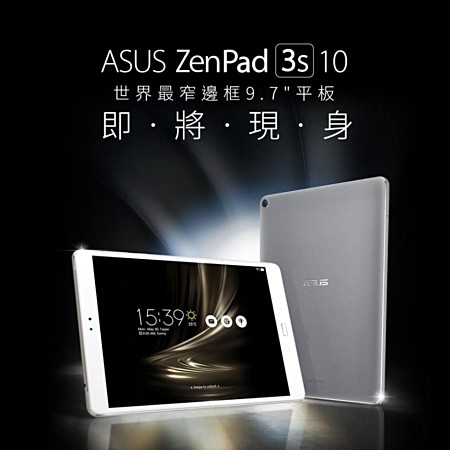 The only specification that Asus has confirmed about the device is that it sports a 9.7-inch screen. However, rumors say that the tablet has a display resolution of either 2560 x 1536 or 2160 x 1440 pixels, and is powered by a hexa-core processor.

It is said to pack in 4GB RAM and 5,900 mAh battery, support Qualcomm Quick Charge 3.0, and feature a 5.32mm-thin bezel. There's currently no information on the price though.

Finally, Ive been waiting for someone to make a 9.7, 10" tablet with QHD resolution and nice specs, they had the zenpad 10 but that is just way too slow. And the z4 is out of my pocket.

1) Aesthetics - size, design, width, etc OEMs just don't simply come up with designs out of the air. These usually involves alot of market study so this design is based on target market's feedback 2) Weight Adding more batteries or the curren...

With that high resolution display & that low capacity battery, users will be non-stop charging this device... well done Asus!