Maybe you heard about AT&T's new 5G network and thought "hey, 5 is more than 4 so it's clearly better", and then proceeded to anxiously wait to have 5G on your phone. Good news! It's coming way sooner than you might have expected. Only it's not actually 5G. Confused? That's exactly where AT&T's marketing department wants you.

First off, let's clarify. The carrier's 5G network is real but is only going to be available in a very limited number of places at first, as with all new mobile technologies. Also, there is not one 5G capable handset on the market right now. Sure, a bunch of those will probably be announced at CES, but the rollout of both the 5G network and the devices to support it will take some time.

Nevermind all that, AT&T execs said, we'll just call it 5G E from 2019 onwards. And we'll work with Android device makers so that there's going to be a 5G E indicator in their status bar where 4G used to be. For real, this is happening. 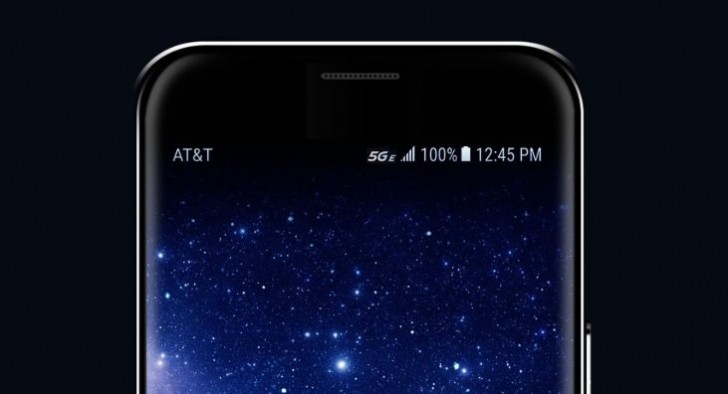 The initial rollout will cover "a handful of devices", according to an AT&T spokesperson, "with more devices showing the indicator in spring 2019". This has to be the fastest (and cheapest) 5G rollout there's ever going to be. Except, you know, it's not actually 5G. Final twist: the carrier's 5G service will be branded 5G+. Because "5G" obviously wouldn't have been enough, or easy to differentiate for consumers from the 5G networks of its competitors.

Sadly AT&T isn't the first carrier ever to pull something like this. Way back when T-Mobile called its 3G HSPA+ network as 4G because it was late to jump on the actual 4G train, and Sprint even branded its WiMax network as 4G back when that (and Sprint itself) seemed to have a future. RIP, WiMax.

This is like, You will get under-display fingerprint via software update...

I'm happy that the industry press (including GSMarena) points it out without sugarcoating.