Samsung claims that the Galaxy Fold will last 200,000 folds, which it estimates is 5 years of use. CNET decided to put those claims to the test and livestreamed the process using an automated machine that folds and unfolds the phone.

Earlier, SquareTrade conducted a similar test (you can check out their short video here), using the same FoldBot. While they also stopped the test at 120,000 folds, their conclusion is more promising – the screen of the Galaxy Fold only exhibited a stuck pixel and the hinge had started deteriorating. Also, the touchscreen stopped working temporarily, but that issue resolved itself and did not reoccur. 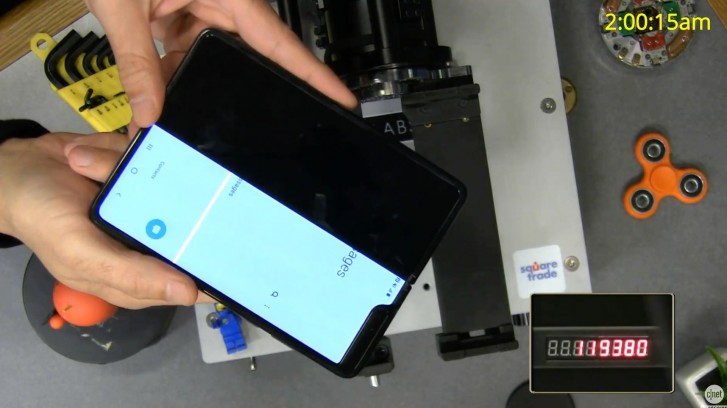 The FoldBot is pretty aggressive in how it opens and if you’re gentle with it, you may get to keep your Galaxy Fold in working condition for longer. Also, you wouldn’t open and close the Fold in quick succession for hours on end as the machine did, which also may be a contributing factor.

However, having two tests with wildly different results suggests that luck is involved too – one unit suffered minor damage (non-foldable phones get stuck pixels too), the other was basically unusable.

In case the screen on your Galaxy Fold does fail, Samsung is offering to replace it for $150 (this is valid only for Folds bought this year).

And they will all fail on price as well. What does that have to do with my post?

Your claim does not hold

Funny i bet you always have to scold me for no major reason.