The last Friday of November is finally upon us, and with it, the traditional barrage of Black Friday deals. Naturally, our first and primary job around this time is to hunt down smartphone deals for you. However, we here at GSMArena tend to be general tech geeks with broad interests - cool PC peripherals being just one example.

Without further ado, let's jump right into things with some deals on keyboards. Razer is offering quite a few of its keyboards on promo in the US. The BlackWidow V3 Mini is an excellent 10-keyless, 65% size keyboard with per-key RGB lighting, up to 200 hours of battery life and HyperSpeed wireless connection technology for low latency. It can be had with either clicky green or linear yellow mechanical switches.

Then there is the Razer Huntsman Mini - an even smaller 60%, 10-keyless wired board with per-key RGB and your choice of either clicky or linear optical switches. Its price is nicely slashed to $70 on Amazon US or EUR 70 on Amazon DE. The latter deal is for a black board with purple switches. Also, this is as good a place as any to note that most German keyboard listings, including this one, are for QWERTZ layout keyboards.

Up next, we found a couple of interesting deals from Corsair. There is the big-boy Corsair K100 full-sized keyboard, which is currently on sale in its optical-mechanical switch variant. It is a wired keyboard with 44 RGB zones, multimedia and additional programmable keys.

The classic and famous Corsair K70 is also on sale. It is another full-sized board with optical-mechanical OPX linear switches and multimedia controls, plus plenty of RGB. It can be had for $120 or with linear Cherry MX Red switches in Germany for EUR 150.

Moving on to mice. The Corsair Scimitar RGB Elite has a nice price cut down to $50 in the US and EUR 63 in Germany. It is a professional gaming mouse with twelve whole programable buttons mounted on a slider on one side. It is great for MOBA and MMO games.

The Razer Viper Ultimate is a much simpler mouse, but still wireless, with Hyperspeed technology, up to 70 hours of battery life and 8 programmable buttons.

The Razer Basilisk V3 might be wired, but it comes with a whole lot of RGB and a total of 11 programmable buttons.

The Razer Orochi V2 is technically a gaming mouse as well, but it is more geared towards mobile use than anything else. It is very light, offers up to 950 hours of battery life and has two modes of connection for extra flexibility - Razer HyperSpeed or Bluetooth. It is also very reasonably priced, currently going for $40 in the US and EUR 38 on Amazon DE.

Last, but not least, an affordable option in the Razer DeathAdder V2. It's a trendy wired mouse with an ergonomic design and 8 programmable buttons.

Finally, we have a sort of "misc" category with a couple of deals on webcams. In keeping with the general "gaming" theme of the article and the products in it, these webcams are not just your average, run-of-the-mill cameras, but ones with pretty high quality, well-suited for streaming, as well as general use. 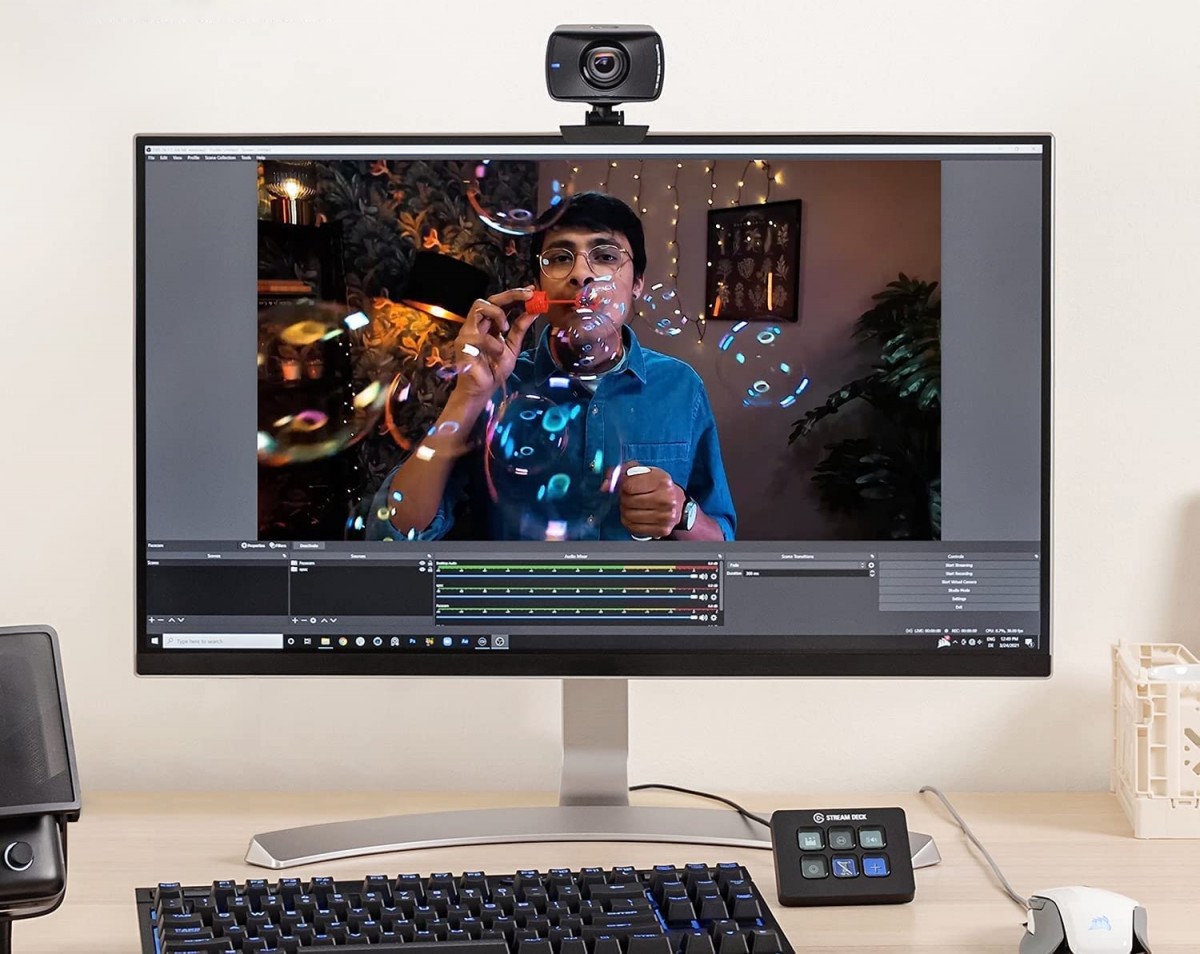 There is the Razer Kiyo Pro, which has a wide-angle lens with adjustable FOV and a maximum resolution of 1080p@60fps.

And there is also the Elgato Facecam. You might have heard of Elgato for its extensive product portfolio in the online streaming niche. The Elgato Facecam is perfectly suited for such purposes with 1080p@60fps quality.

Weekly deals: the best smartphone deals from the US, the UK, Germany and India

Having Razor Naga Hex League of Legends edition bought on discount from 160 euros for 95 back in 2014 and still in top perfect condition working like a brand new device.

Gaming mice are always money hogs. Take a good mouse, add a high dpi sensor, even that is not needed, even 2000 dpi is enough. Add some sort of dpi scaling buttons, add a few more buttons, and there... You changed a mouse available in $2 to ...