Following the demise of the Xperia Play gaming phones were seemingly gone for good, but it turns out they were merely regrouping before mounting another attack of the smartphone market. And they come in numbers this time - Asus, nubia, Razer and Xiaomi all have claims to the gaming smartphone throne and even Huawei is marketing the Mate X as the best gaming phone. Well, Xiaomi is ready to rock the boat with the new Black Shark 2 - a phone that aims to really make gaming phones mainstream.

The first Black Shark had the looks and the punch, but its plain LCD screen won him few favors. Then came the Helo, which patched exactly that. And now, with the Black Shark 2, we have the most refined Black Shark phone to date with a big AMOLED screen, the latest Snapdragon 855 with an advanced cooling system, more RAM and storage, and a new gaming-catering design with dynamic LED lighting. 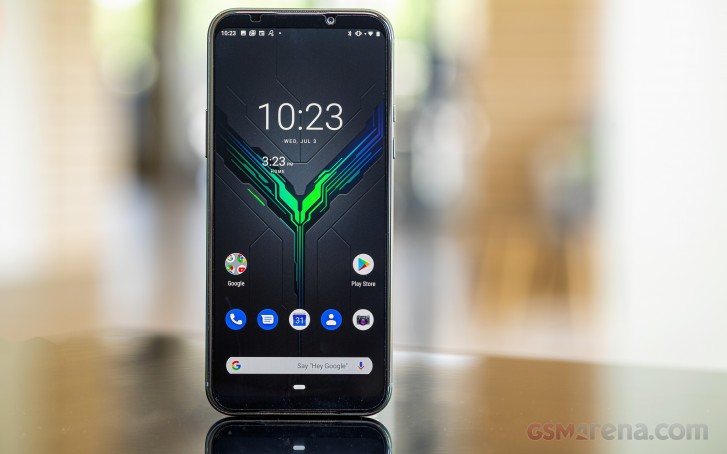 The maker means business with the new Black Shark 2 - it has a 240Hz touch input for those playing with virtual controls, but there are also proprietary Black Shark hardware attachments for the most immersive gaming experience. The latter is an optional attachment that we'll come back to later.

The Black Shark 2 has the two of the three cameras from the Xiaomi Mi 9, which is a nice treat. It can do flagship selfies, too, thanks to a high-end 20MP selfies shooter. One interesting bit is that the Black Shark runs stock Android 9 Pie, and the only proprietary thing is the Shark Space triggered with a hardware switch - that's a dedicated game launcher with some neat options. 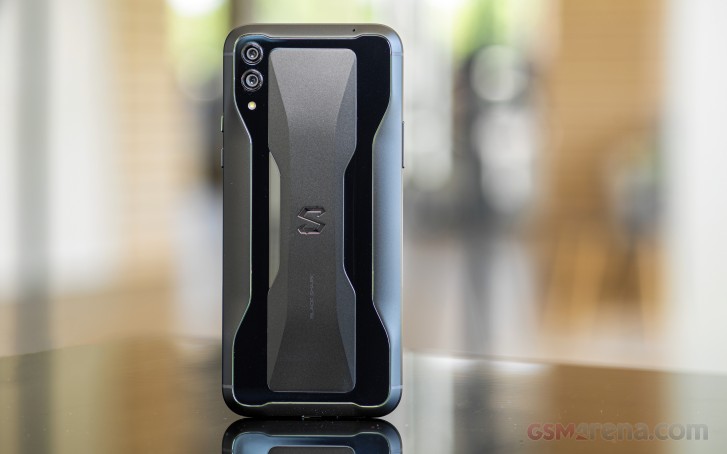 The Black Shark 2 lacks a 3.5mm audio jack and a microSD card slot. The memory expansion can be forgiven with the ample storage options available, but the lack of the audio jack in a gaming phone is harder to swallow. An adapter goes some way towards fixing that, but if anyone would need to charge and use headphones at the same time it would be gamers.

The Shark 2 isn't water-resistant like the ROG phone, but its price is half of what Asus asks for the ROG, so there is that. The Xiaomi offering can't quite match the ROG's accessory ecosystem either, but it still has the key ones covered - controller (with a case or a stand), a cooling case, and Black Shark-branded earphones.

The Black Shark 2 is available in two variants - 8GB RAM + 128GB storage and 12GB RAM + 256GB storage. Their retail bundles have just one difference - the 12GB/256GB model comes packed with a pair of the Black Shark Gaming Earphones (€19,90 MSRP), while the lesser model has no headphones in the box.

So, we have the high tier model and its box is unusually big. The first layer of the black box contains the phone itself, while underneath there are five compartments. The middle one contains some paperwork and a transparent silicone case, while around you'll find the mentioned Black Shark Gaming earphones ending on a USB-C plug, a 27W-rated charger, and the USB-C cable. Oh, and a SIM ejection pin is also around. 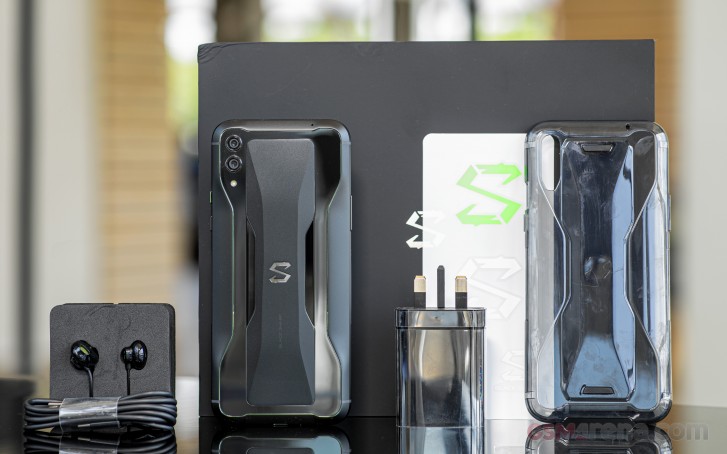 At first, we thought there wasn't a 3.5mm-to-USB-C adapter in the box, but as it turned out the tiny thingy was hidden pretty well within the USB cable. And since the Black Shark 2 lacks a 3.5mm jack, it is indeed a must, so we were relieved when we found it. 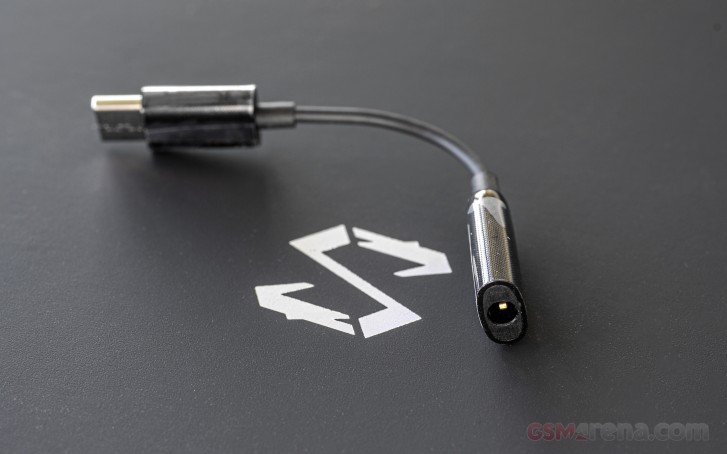 Finally, the Black Shark 2 has a thin screen protector applied in the factory, so if you need one - it's already there and you won't need to go shopping right away.

Does gpu boost (*#*#666#*#*) improve gaming performance overall? Or is it only for bhenchmarking? Because i am getting frame drops with turning on gpu boost i dont know why tho. Please reply :(