The BlackBerry Classic is a quintessential BlackBerry, any way you slice it. With a hardware QWERTY keyboard and navigation buttons, a strictly business appearance and the best enterprise chops in the industry, the newcomer is reminiscent of the Blackberries of old when the mobile world was not all about big touchscreens. 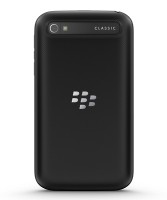 At a quick glance, the Classic appears to be a direct successor of the BlackBerry Bold Touch 9900. Seriously overdue for an update, the Bold Touch made its debut in the distant 2011 and it still enjoys a solid following in the corporate world.

See a detailed look of its key features below.

The hardware QWERTY keyboard and its shortcuts, coupled with the solid productivity and security chops of BlackBerry OS 10.3.1, are bound to appeal to users in the corporate world.

During the smartphone's media presentation, BlackBerry's CEO specifically pointed that the Classic is not aiming to be a mass-market device. The handset is made for prosumers and corporate professionals - a considerable crowd with BlackBerry 9900 Bold devices due for an upgrade.

Can the BlackBerry Classic cut it as the only smartphone in your life? Is it the ultimate second handset? Read on to find out! We have our thumbs ready and will kick the review off with unboxing, followed by a close look at the hardware.

Does it support jio Volte calls?

Yes, it will run Android apps. So you should be able to find it in an AppStore (eg. Amazon), or an APK if you wish.