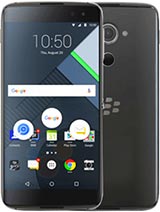 harp609, 29 Dec 2018you have apps running in the backround, go to settings app ... moreNo. That isn't it. The battery is just super terrible on this device.

Can this phone be hacked?

It's nice to be real. But not at all. My dtek los rear camera and battery life , and it's not easy to find parts for it.

Nick, 24 Jan 2020This smartphone is a Alcatel Idol 4S inside. It i a clone m... moreThey are not 100% the same phone, the dtek60 has a higher quality display, and a snapdragon8- chipset, whereas the idol 4s has a snapdragon 6- chipset I believe. The dtek also has a rear mounted fingerprint sensor which I believe the idol 4s does not. So in general the dtek60 is actually a better device, in both specs and the added security of a blackberry phone, Yes, the dtek is very much a sibling of the idol, and is made my alcatel/tcl but they are still different devices.

PP, 04 Feb 2020A good phone with pathetic battery life and worst after sal... moreThey have announced that TCL will stop design, product, sell, smartphone with BlackBerry brand. That's I think why they can't compete with others.

A good phone with pathetic battery life and worst after sales support. BB should be ashamed of itself.
Still Android 6????????? Useless BB

This smartphone is a Alcatel Idol 4S inside. It i a clone made by TCT to Blackberry. The same goes to Vodafone Smart 7 Platinum. They are all the same phone, just branded diferently. I had one and it had great stereo speakers sound. better than a bluetooth speaker, it has better sound and of course, a 1080p screen. :)

im missing the size of iPhone 5.. all phones are above 5.5 inch.
I wish, blackberry comes out with 5inch with full display.

OSHIOZOKHAI, 17 Apr 2019i am a blackberry addict. this is the worst bb i ve used. t... moreWhen did it happen from the day u bought the mobile or later on using it

OSHIOZOKHAI, 17 Apr 2019i am a blackberry addict. this is the worst bb i ve used. t... moreHow the battery lasts after fully charged
And the performance of the phone and camera

Lack of support that killed BlackBerry.
I miss my 9800 so mutch now.
that keyboard long last battery back in the days.

Good phone but stuffed with terrible & hopeless battery & third class support. This phone will tick most of the boxes on paper but in ground performance is ZERO!

i am a blackberry addict. this is the worst bb i ve used. the battery is very poor and super appalling . just a few touch, its out... doesn't last 2hours when fully charged. body temperature too high just with few minutes usage .i am currently mad with mine. i regret buying this phone.

You are correct. The battery is just awful. Just awful. It has nothing to do with apps running in the background. If you do a simple search, you'll see that all Dtek60 models have this battery drain issue. BB didn't do a good job with this model.

this is as bad a phone as they get, surely the worst phone I have ever bought, fast drainign battery, overheating, poor camera