BlackBerry Key2 arrived in early June and most major markets are getting it this month including the US and Canada. Which frees up R&D resources to focus on the next project - the just leaked Lite version of the phone, which should come as soon as next month when IFA is taking place in Berlin. 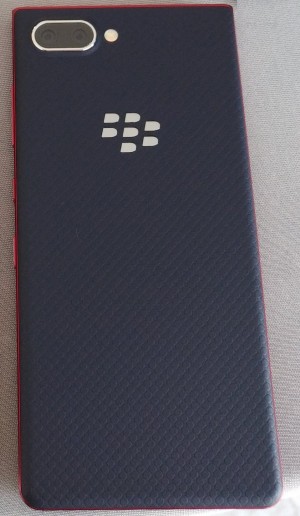 According to @evleaks, the plastic device will be available in Red, Blue, and Copper. Seeing how BlackBerry treated its Black and Bronze variants of the Keyone, the Key2 Lite is likely to have the new colors both on the rim and the front surrounding the display and QWERTY keyboard.

The phone, codenamed BlackBerry Luna, will not be a “Mini” version since it will be the same size as the regular Blackberry Key2. Although it is expected to be a lower-tier phone, it will keep the Convenience key on the side, positioned below the Volume and Power keys.

BlackBerry Key2 goes up for pre-order in the US

Okay, this is a nice idea - This is a great idea, it's going to make the Key2 a lot more accessible.