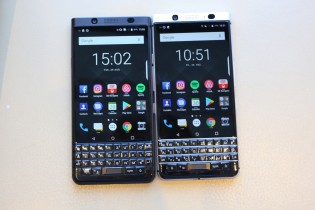 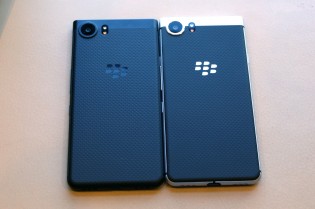 The Blackberry Keyone is already a phone that gathered a lot of interest due to its unorthodox decision of having 3:2 ratio screen with a physical keyboard underneath. The release in more than 30 countries “exceeded expectations” and the company decided to follow up with a new edition.

"Here comes the man in black".

You might think an announcement this big brings plenty of hardware changes, but there are just minor improvements. Blackberry Keyone Black Edition will have 4 GB RAM combined with 64 GB storage and 2 TB expandable storage with a proper microSD card. 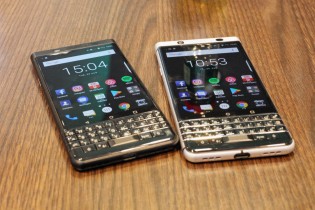 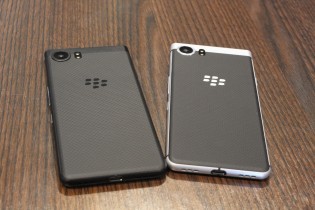 All the other specs stay the same - 4.5" screen, Android Nougat 7.1 and Qualcomm’s QuickCharge 3.0 technology. The camera on the back still is 12 MP with an IMX378 sensor with a wide aperture lens and 1.55 μm pixel size and this whole setup runs on Snapdragon 625 chipset.

First countries that will get the Blackberry Keyone Black Edition are the UK, Germany, France, Canada, UAE, Saudi Arabia and Japan. The price for the respective markets is €649 / £549 / CAD799 / AED2,299 / JPY79,800. The phone will be available to other markets “later this year”.

No, And already did post that... The big question is the WHY they omitted it though.... Could be a carrier request, but that is just guessing...

What about the dual sim compatibility.. is that not part of the changes that will go worldwide?Someone please comment..

So you are basically complaining that there are no warranty without a receipt... Then you got a lot of complaining to do on a lot of different products.... And why mix your love or hate of BBOS or crackberry into this? This is a TCL Andriod devi...