Bloomberg: Apple is looking to have 20% more new iPhone units ready at launch

A new Bloomberg report emerged claiming that Apple will look to increase its iPhone production for the upcoming 2021 models. Based on details from supply chain partners, Cupertino will look to have ready 20% more iPhones compared to last year’s launch for a total of 90 million units during the initial period. Despite the global chipset shortage, Apple’s supply chain remains unaffected and key partners like TSMC have already planned their orders in advance. The launch date for the upcoming iPhones is rumored to take place in September.

Apple’s building on strong momentum from the iPhone 12 release in 2020 and may continue to benefit from 5G smartphone upgrades and an overall improved smartphone market to follow that up with another strong release.

Still, the growth expected in the initial production ramp is skewed by the fact that the iPhone 12 released later than normal in 2020, while the next iPhone is expected back to the normal late September release window. – Matthew Kanterman, Bloomberg analyst

In terms of specs, Bloomberg expects at least one of the new iPhones (likely the Pro models) to feature an LTPO (low-temperature polycrystalline oxide) screen. These displays can adjust refresh rate on the fly offering improved battery life. The new iPhones will feature re-designed slimmer notches as speculated in past leaks. 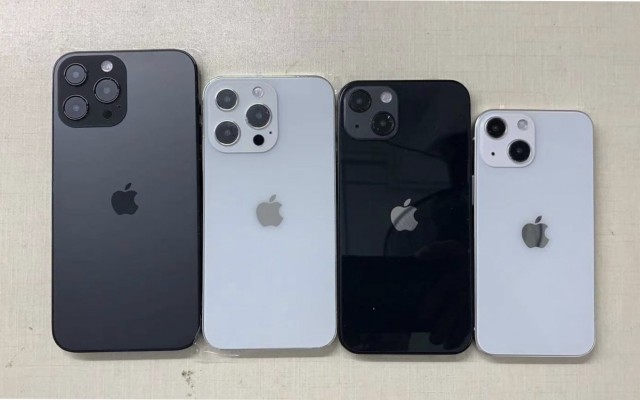 As for the cameras, Apple will offer an incremental upgrade to the video department with optical zoom. The chipset succeeding last year’s A14 should offer a similar six-core architecture.

+1 Wow, what do we have here? An exotic specimen of a sane user, most would only be criticizing anyone who touches the brand they wear as depending on it.

+1 to that, I couldn’t agree more. I use an iPhone as my personal device, have done for the past few years. But as a consumer who’s only real loyalty is to myself (sorry Apple but your big enough to take care of yourselves) I want tough close co...

Good point. Samsung had an edge in this regard too since they too make their own chipsets and thus also drivers for them. If they wanted they could support them for 10 years as they don't depend on anyone.