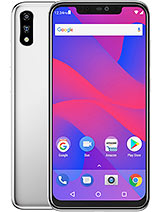 In the market looking to upgrade, this phone looks legit price & specs
any backlight bleed issues? somewhere I read somewhere it had no LED notification indicator
Besides the Camera, what else could be considered as a Con?

this is the one phone blu makes that I would actually want. this is a very impressive phone, and blu has taken a step in the right direction.

Snapdragon, 02 Sep 2018i will never forgive blu for not ever upgrading my phone bl... morebut this one is promissed to be upgradable to pie in 2019

Are you planning for a mini version with a 3.5 jack without adapter and the batterie supose to be at least 4000mAh

I don't see where any kind of image stabilization is offered. Maybe I missed. Without at least EIS (preferred OIS), I won't be able to use the camera because I shake too much.

Anonymous, 02 Sep 2018Is this phone still lighter than iphone 8 plus and note 9?yes

Is this phone still lighter than iphone 8 plus and note 9?

Does it have fast charging?

OMG it's been forever since BLU released something this good

BLU needs to improve their camera hardware/software, their phones have good specs at a budget price, but the camera has always been a deal breaker, hope BLU can fix it.

Finally something good from Blu. Price is also ok.