Yesterday’s Galaxy Unpacked event glossed over Samsung’s launch plans for the Galaxy Z Fold4 and Z Flip4 in India – we didn’t even see the pricing. It seems that will be kept under wraps until next week as the company just started another pre-reservation campaign.

The landing page touts “exclusive benefits greater than ₹40,000”, though it doesn’t spell out what they are. There will be an additional gift worth ₹5,200. Making an early reservation now will score you another ₹5,000 worth of perks in the form of a cover, fast charger and other accessories. 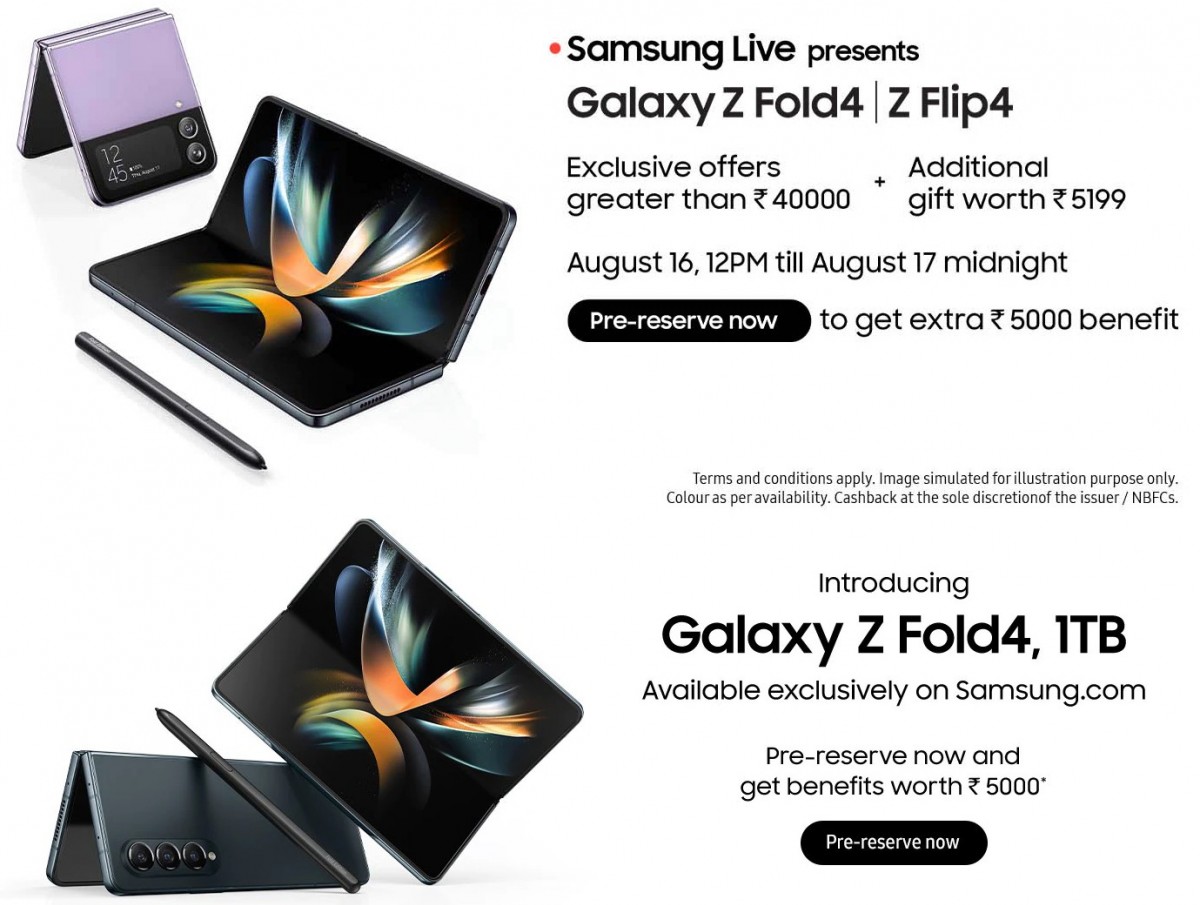 To get in you need a #Next Galaxy VIP-Pass, which is a fancy way of saying a ₹2,000 deposit (which will be refunded when you buy a phone). This also puts you at the front of the queue for the new foldables. You can grab a pass from here.

With that in hand, you will be able to place the actual order for a Galaxy Z Flip4 or Z Fold4 on August 16-17 and claim all the perks you have collected (that is Tuesday and Wednesday next week).

Note that the Samsung Galaxy Z Fold4 with 1TB storage and the Galaxy Z Flip4 Bespoke Edition are exclusive to Samsung.com.

How much do the phone cost? Samsung hasn’t answered that yet, we expect to see price tags on August 16 or a bit earlier.

As for the other new devices from the Unpacked event, the Galaxy Watch5 and Watch5 Pro, as well as the Galaxy Buds2 Pro are listed as “coming soon”. Their prices for the Indian market are also kept under wraps for now.

They hadn't upgrade it that much!

I hope it is reasonably priced to destabilise the tabs market and lure potential tab ( small of course) buyers to this one?