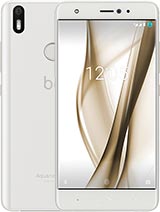 AnonD-675016, 06 Jun 2017I received my Aquaris X Pro (in the UK) yesterday having bo... moreHi! I just received mine in the UK too the other day. I also came from a 5X! Do you really find this camera comparable with the 5X? There's a stark difference for me and I'm just wondering if it's my phone or not.

I received my Aquaris X Pro (in the UK) yesterday having bought it direct from the BQ website.
So far I'm very pleased. Nice big, bright screen with small bezels. Simple, vanilla Android 7.1.1 with 1st May 2017 patch level.
I've installed all of my usual apps and so far everything is super smooth. Camera seems good (as you would expect from a flagship - it's the same as in the Galaxy S7).
All in all I am very happy. My last three phones have been Nexus (4, 5 & 5x). After my 5x turned in to a brick I spent a while looking for something reasonably priced (under £400 with case) that still had the bits I wanted (fingerprint, NFC, Android Pay, USB Type-C) and this kept kept coming up in my searches.
It has vanilla Android and BQ have made all the right noises about regular updates. If you are looking for a new Nexus this is the closest I have seen on the market.

What a joke with this kind of pricing, costs about 400+ euro.

NixxxoN, 22 Apr 2017Battery must be quite good. Snapdragon 625 and 625 have a v... moreWell not for heavy gamer.
For me a battery in Oukitel K10000 is not enough but no phone on market have better battery.
But there are milions of phones which much better specs.

AnonD-441601, 10 Apr 2017Battery should be bigger otherwise good phone. Battery must be quite good. Snapdragon 625 and 625 have a very low battery usage, they are very efficient.

Mobilemaster, 07 Apr 2017I have never own a BQ phone. Did you use some of them? What... moreHello, I have the BQ M5 for over a year now, its pretty good, wont die easily (good quality) and is guaranteed 5 years by BQ themselves. Only problem imo is the processor, not strong enough, that is now quite slow on some big tasks. For normal stuff its still very reliable tho. I'm pretty sure it can live at least until it's 5th year, even if i will replace him in a few.

The android version was stock, which is nice since it doesnt have any of the crap app pre installed and impossible to remove.

NixxxoN, 08 Apr 2017The 64gb version will cost around 350€, on paper it looks g... moreBattery should be bigger otherwise good phone.

It looks like Lenovo Vibeshot apart from fingerprint sensor.
As a midranger looks good but if cost more than 400 its not worth to buy.

Anonymous, 07 Apr 2017This phone is available for pre order on amazon germany, if... moreI have never own a BQ phone. Did you use some of them? What can you say about them? Are their phones reliable?

Mobilemaster, 06 Apr 2017I can not find this on their official website. It looks goo... moreThis phone is available for pre order on amazon germany, if you lives in europe you'll be able to get your hands on this. Link -

I can not find this on their official website. It looks good, and their price is not that expensive.

WTF have they done with the home button ffs