Expectations were the market to record double-digit growth as pandemic recovery continues, but supply chain issues prevented companies like Xiaomi and vivo from securing enough components to manufacture their best-selling low-end models. 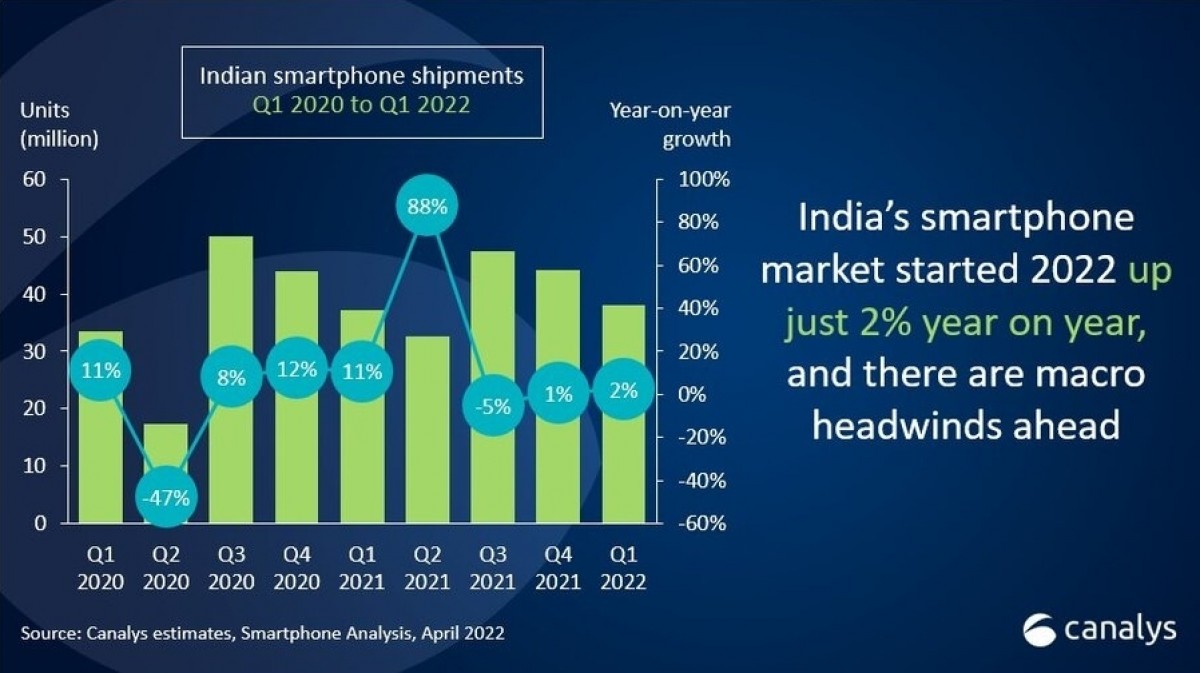 Xiaomi recorded a yearly decline for a second consecutive quarter and so did second-placed Samsung although to a far smaller extent. In contrast Realme increased its shipments by 40% and took third place.

According to Sanyam Chaurasia, an analyst at Canalys, Realme and Itel managed to take on the competition with solid supply. Other makers eventually started to improve their numbers in March 2022 and are positive about Q2, expecting a strong quarter. 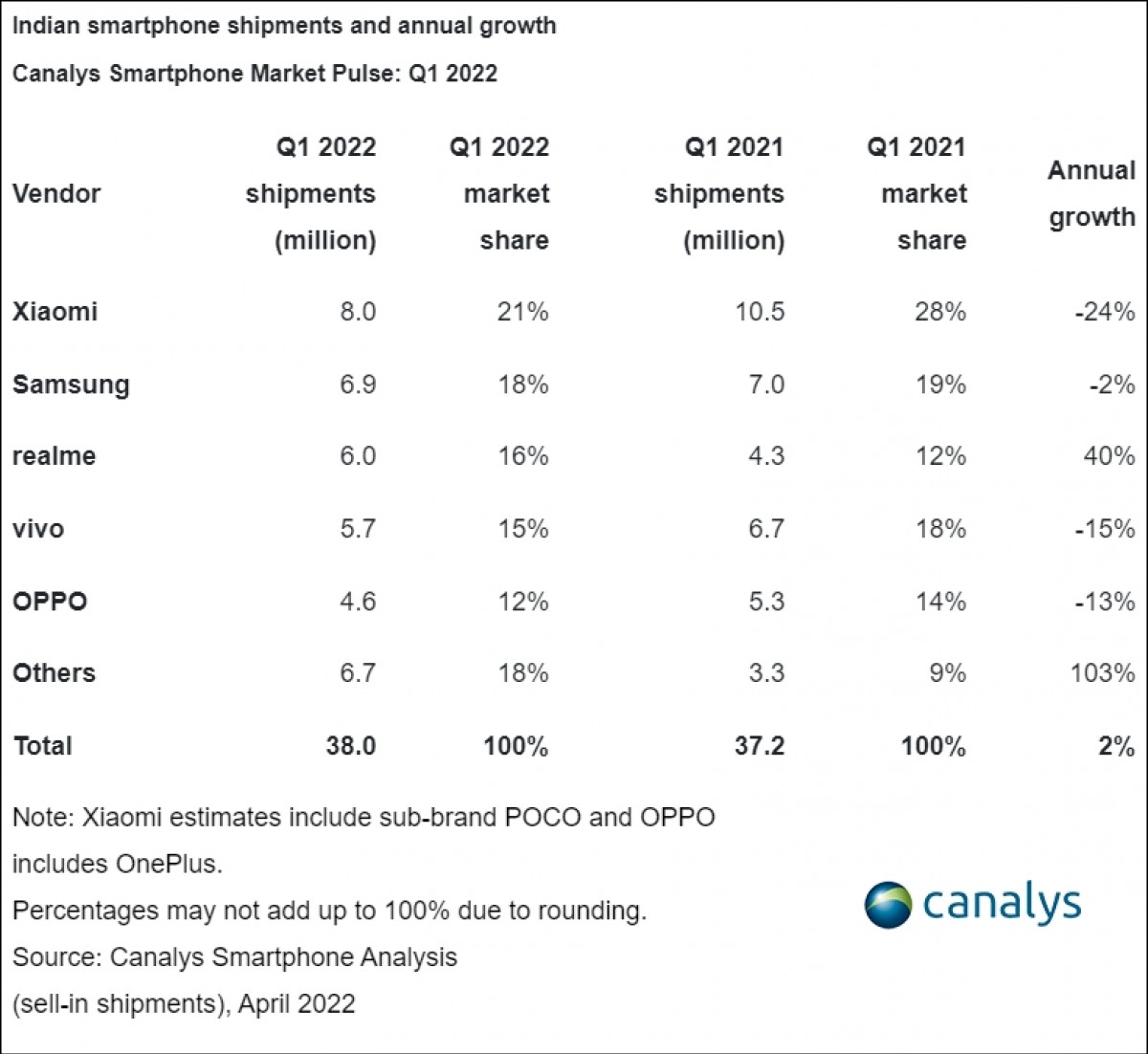 The biggest challenge for smartphone makers in India will be maintaining device affordability. Gas prices and inflation are at a record high in the Asian country, and vendors will hope to maintain profitability. According to Canalys, makers will be able to have a strong market share only if they have a steady flow of mid-to-low-end devices for customers.

The feats are building roads, railway lines, toilets and water supply etc to hundreds of millions of houses. Are you living under a rock? You didn't know all these? Inflation...depends a lot on international factors. If inflation is the In...

Actually you are wrong. If you think that installing custom rom's...mostly crap full of hack.... is freedom well, you're idea of it is quite diluted... as for their software, well, BAD!!! And i won't bother to much much to praise the h...