The smartphone market faced its fair share of challanges in 2021, but the total sales in India went up a healthy 12% compared to the also disrupted 2020. The start of the year was tough for makers, but not nearly as tough as the previous year and then another strong comeback in the second half of the year saw 162 million devices pushed.

Realme was the biggest gainer, posting a 25% growth in sales and rising to third place, with Tecno and Infinix also growing significantly. Those last two significantly boosted the performance of the "Others" category as they didn't make the top 5 at this point. 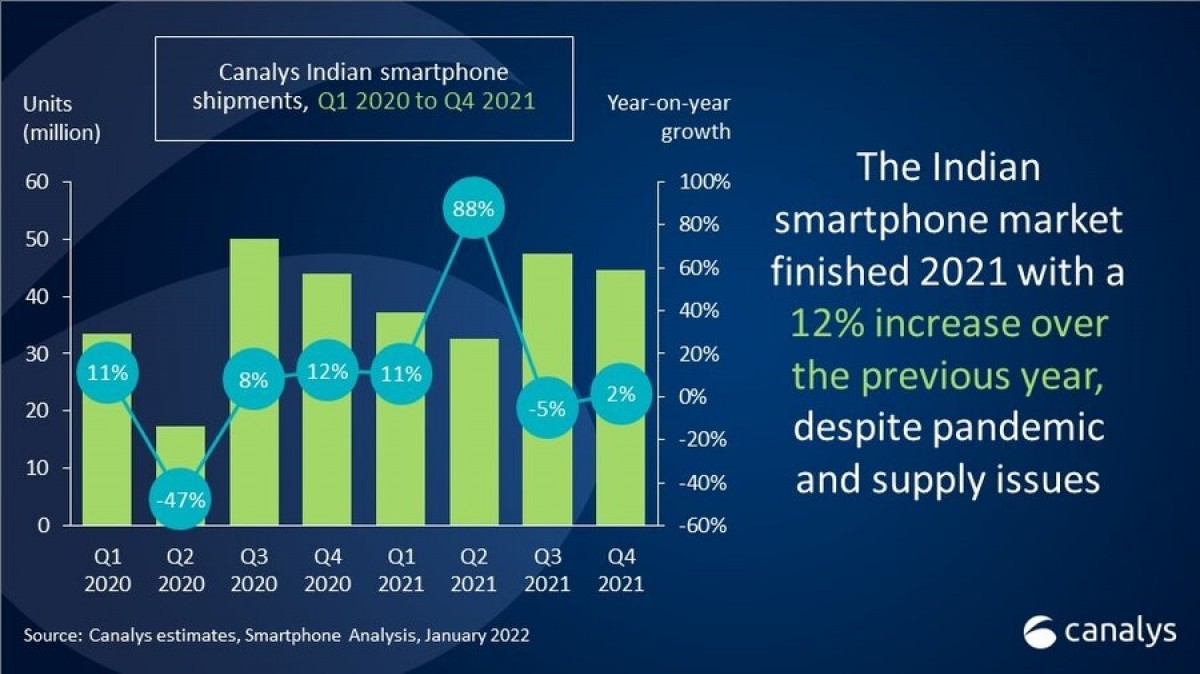 Xiaomi remained on top, but shipped 22% fewer phones than in 2021, while Samsung also lost some ground, but retained second place and even closed in on the first position. vivo and Oppo also experienced declines and lost a position each. 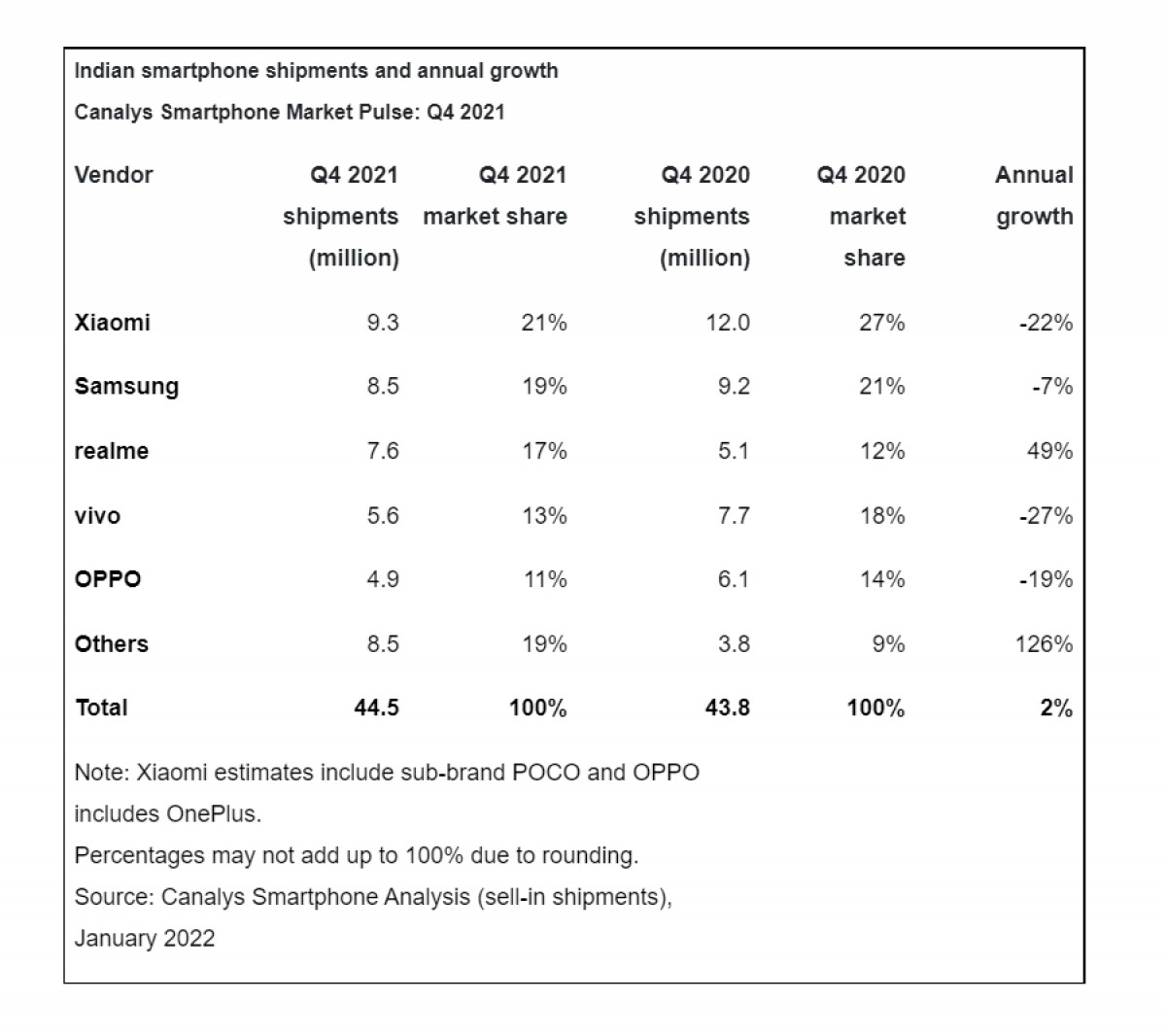 When looking at the numbers for the full year Xiaomi is leading comfortably from Samsung, while vivo just retains the third spot ahead of Realme. However Realme is once again the biggest gainer, so it looks set to rank much higher come the end of 2022. 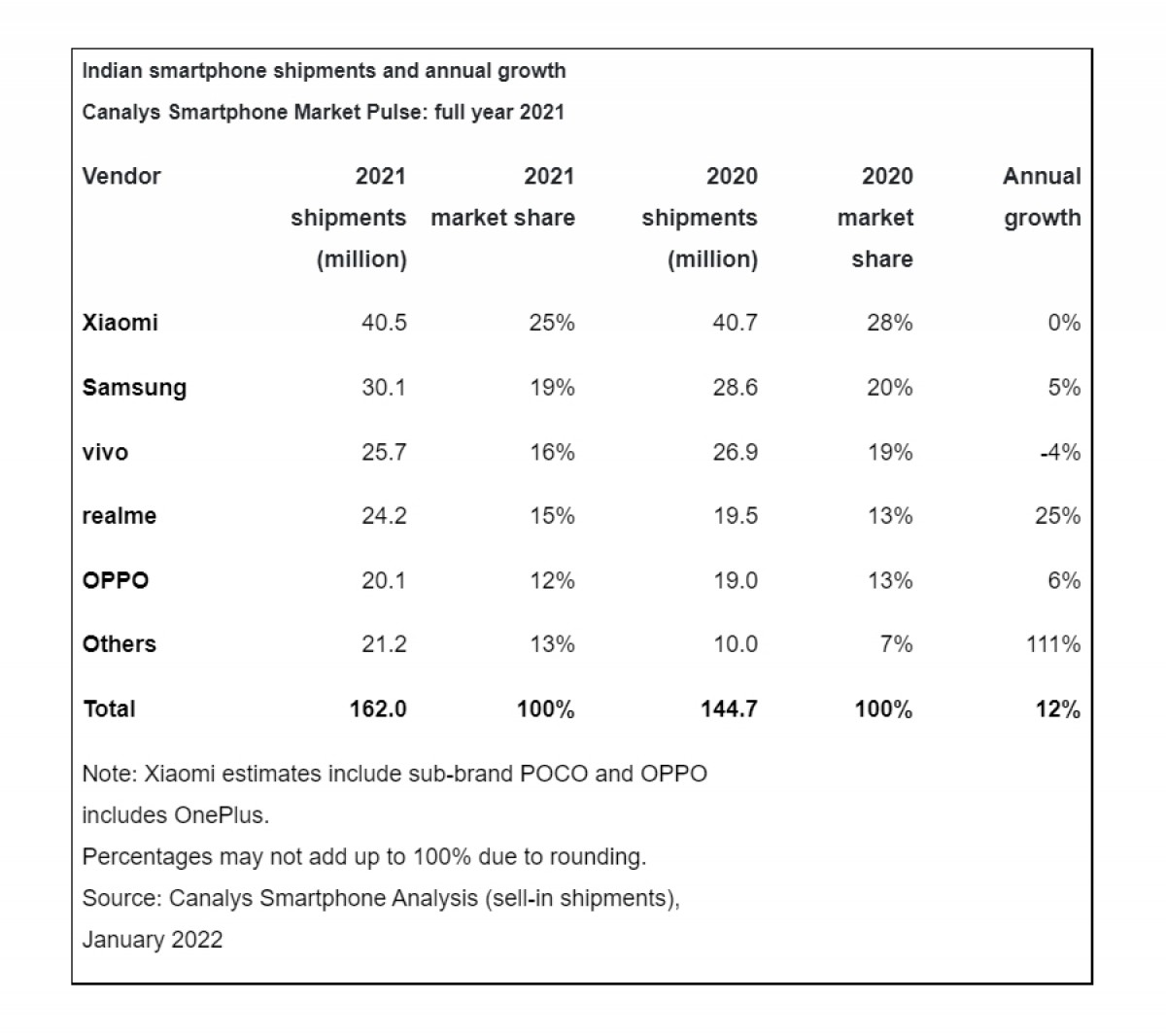 Growth is expected to continue in 2022 as customers are replacing their old devices and more people are finally moving from feature phones to smartphones. We should also see the 5G rollout finally happen in India, which will drive manufacturers to push even cheaper devices with next-gen connectivity. However, until the bottleneck in component shortage clears out shipments will be disrupted.

Apple paid developers $60b in 2021, record sales between Christmas and New Year

Xiaomi has lost the plot in India. Mediocre products and tendency to only sell online is hurting them. Top leadership is simply stubborn to accept market scenarios post covid.

Realme is in a lovely spot, if Oppo, Vivo, OnePlus puts out pricey handsets, they still have Realme to rein in those customers. BBK still wins.

LG Mobile was shut down. There was nothing but patents someone could acquire. Employees were moved to work on other LG products. Factories were same where other LG stuff is made. It was not an apart division with own structure like Sony g...