Global smartphone shipments for the July – September period totaled 297.8 million units according to the latest Canalys Smartphone Analysis report. The figure represents a 9% decline compared to Q3 2021 (325.6 million shipments) and is the third consecutive quarter of declining smartphone shipments. 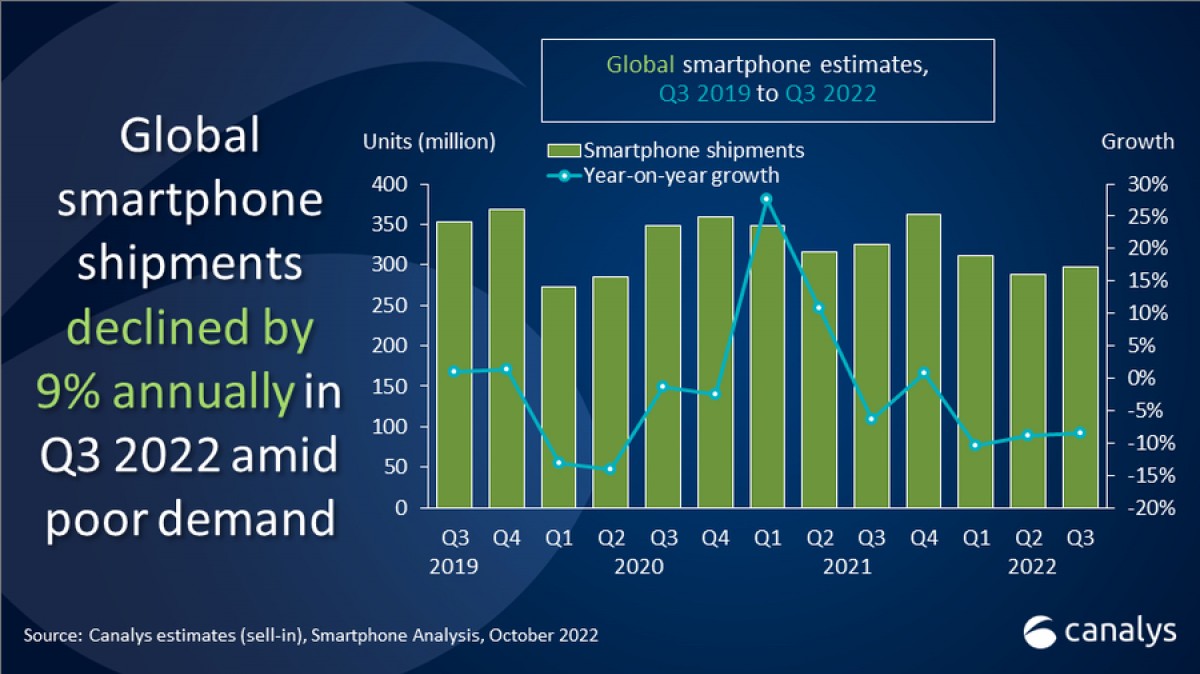 Q3 Smartphone shipments in Europe and Asia Pacific outperformed other regions with improved demand seen in India, Indonesia and the Philippines. Despite the market trends, the premium segment saw strong demand for Apple and Samsung flagships while demand for mid and entry-level devices was yet again weak.

Cupertino saw strong demand for its new iPhone 14 series and is the only company in the top-five list to experience positive yearly growth. Xiaomi saw 40.5 million shipments and a 14% market share followed by Oppo (28.5 million) and vivo (27.4 million).

Looking ahead to Q4, Canalys analysts predict lower OEM order targets and slow inventory turnover. The outlook is gloom and the vendors with the best strategies to handle the current economic downturn will be the ones that are well-positioned for the long run.

Canalys: Apple is the big winner as Chinese smartphone market shrinks in Q3

Who, Apple? Why would they do it when they sell more and more?