We can’t really say we’re surprised at this point – the Pixel 6 duo leaked yet again. This time it was Carphone Warehouse that jumped the gun as the retailer published the pages for both models. They have been taken down now, but not before Evan Blass spotted them. Here is everything you may want to know about the upcoming Google phones before their October 19 announcement. 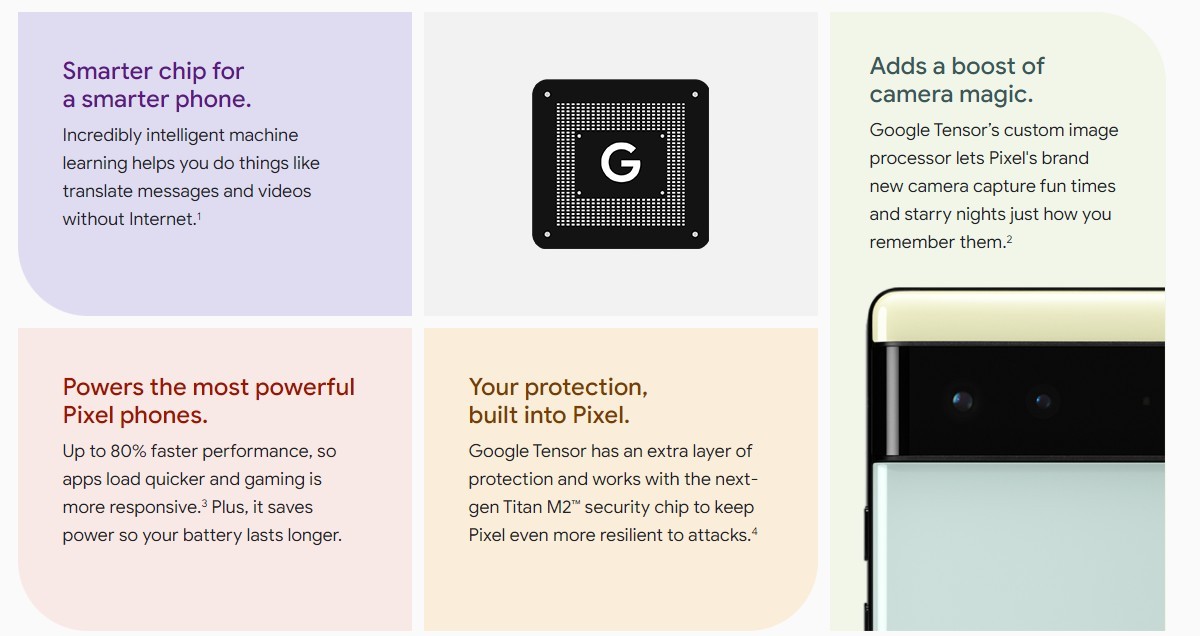 We’ll start with the Pixel 6 Pro. It is powered by Google’s first custom-built chipset. Previously, the company designed an image processing chip, but that wasn’t an integrated design. The Google Tensor chipset as it is called has on-device AI hardware for accelerating features like Night Sight, Portrait Mode and the new Magic Eraser (more on that in a bit). It is optimized for power efficiency yet it manages to be 80% faster than the Pixel 5’s Snapdragon 765G.

The Pro model has the most advanced camera on a Google phone ever. It starts with the main module whose 50 MP sensor is much larger than the tiny 1/2.55” sensor inside the Pixel 5. It captures 150% more light, which will be a boon for night time photos.

Also, the telephoto lens is back. This one offers 4x optical magnification, which can be extended to 20x using Super Res Zoom. There isn’t much on the ultra wide camera other than that it will have a 12 MP sensor. The selfie camera will be fairly wide itself with a 94º field of view (in RAW mode, presumably before lens correction).

Now for Magic Eraser – it’s an AI tool that removes unwanted people and objects from your photo. This will be most useful in crowded touristy areas where you can’t get the place all to yourself. There’s also Face Unblur, which rescues blurry photos by restoring the face of your subject.

The Pixel 6 Pro will support 30W charging over USB-C, getting to 50% in 30 minutes (the 30W charger will be sold separately). Fast wireless charging at 23W and battery share are also supported.

The display will be a 6.7” LTPO OLED panel with variable refresh rate ranging from 10 Hz to 120 Hz. It will be covered with Gorilla Glass Victus, the whole phone will enjoy IP68 dust and water resistance.

Security will be a key feature for the phone with the new Titan M2 chip, a sequel to the Titan M that was introduced with the Pixel 3 series. To help it fight off new attacks, Google will provide 5 years of security updates.

Other highlight features include offline translations in 55 languages. You can point the camera at a sign to get it translated or get translated captions for a podcast. The At a Glance feature will surface relevant info for upcoming events, e.g. your plane ticket. The Pixels will come with the new Android 12, though some features are Google-exclusive.

Finally, a few accessories. There’s the 30W USB-C charger, of course. Tthe Pixel Stand wireless charger can turn the phone into a hub that can control smart devices and a photo frame that shows pictures from Google Photos. There’s also a translucent protective case made with over 30% post-consumer recycled plastics. 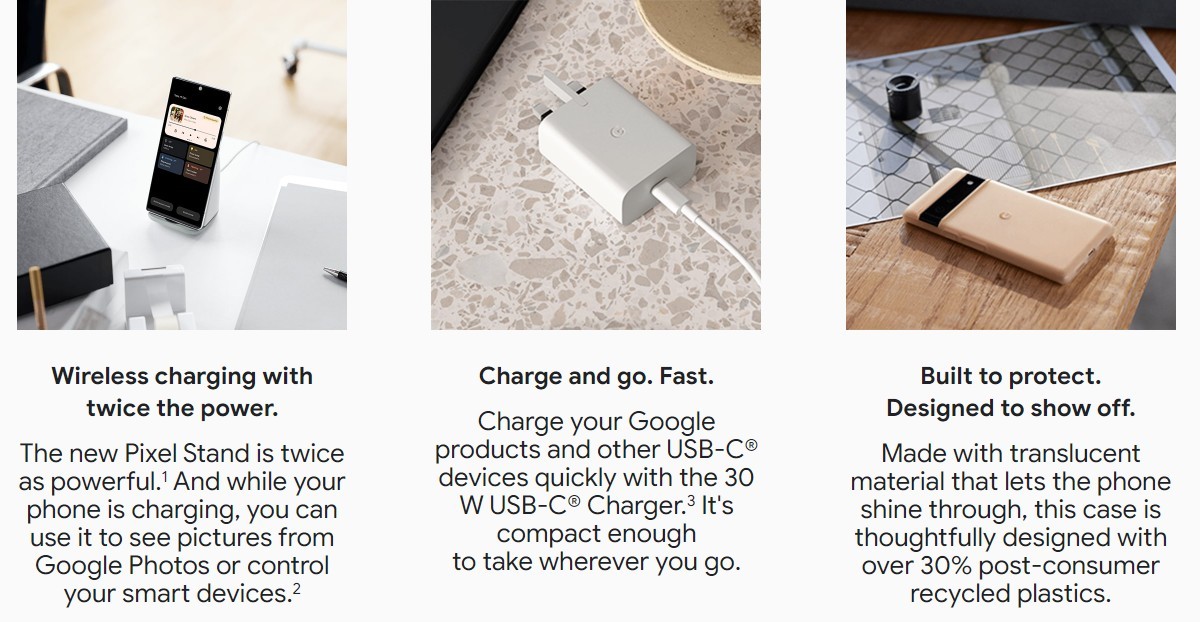 Moving on to the smaller Pixel 6. It too will be powered by the Google Tensor chipset paired with the Titan M2 security chip. The phone will feature the same 50 MP main and 12 MP ultra wide cameras, but it will miss out on the telephoto module.

The display will measure 6.4” and it will be a regular OLED. It will have a high refresh rate, but it doesn't sound like an LTPO panel. It will still be covered with Gorilla Glass Victus and the phone gets an IP68 rating for dust and water resistance.

The same accessories are available for the smaller Pixel 6, though the wireless charging is a fraction slower – 21W.

The Pixel 6 and 6 Pro will launch on October 19, but we should warn you that they will only be available in 8 countries, so getting one will depend on where you live. The smaller Pixel 6 should start at €650.

A cache of Pixel 6 images leaks, confirming features we already knew about

Pixel 6 and Pixel 6 Pro will launch on October 19

Which countries will it be available in?

WHY GOOGLE?!??? WHY?!??? You are running apple money grab trend and not providing charger?!??? Yes i have 2 chargers @ home from previous devices, but NON OF THEM are specific wattage/amp so qc will not be possible on the new phone, forcing user to...

And still no answer, WHY such a comparison, what is the actual point and intent of comparing two phones that are years apart? If you are comparing new recent phone to phone from 2019, than compare it to iPhone 11, then you will be able to say to...