Theres mounting evidence that the Google Pixel 3 XL will have a notch on the front and will not have a dual camera on the back. The latest leak joins live photos (and more) and a screen protector. This time its a render of a case that includes an image of the front as well.

The good news is that the arrival of the notch is not the end of the front-firing stereo speakers. And its not a particularly wide notch either (by the way, Android P natively supports notches). Early rumors suggest that the screen diagonal will be 6.2 (up from 6.0 in the 2 XL thanks to the notch). 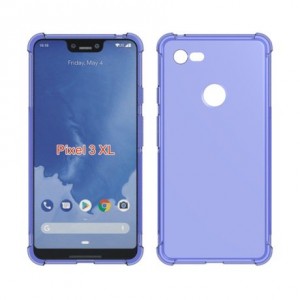 A Pixel 3 XL case render: notch on the front, single camera on the back

Around the back, theres a single hole for the camera (and another for flash + laser AF), plus a hole for the fingerprint reader (so dont expect an under display reader). In fact, if you look at the live shots linked above, youd be hard pressed to recognize that this isnt a Pixel 2 XL from the back.

If you want a notch-less Pixel, then the Pixel 3 is your option or  perhaps  the Snapdragon 710-powered Pixel Lite expected early next year. And if you were excited to see Google image processing applied to a dual camera setup... well, maybe next year.

What Is the hole in the back of phone case itself? What's the purpose??? It's annoyed at best tbh.

Google should really stop making phones but instead get into point and shoot cameras because thats the only thing that is good on their pathetic pixel phones .. lol !!

So basically no innovative tech just same old stuff for price of Samsung or Apple, no thank you