Is the Sony Xperia 5 the compact flagship that you have been waiting for? It rocks the triple camera of the Xperia 1 and a 21:9 CinemaWide display, plus the requisite Snapdragon 855 chipset running a clean Android free of the burden of some of the heavier skins.

At 68mm wide, it’s narrower than the Galaxy S10e (69.9mm) and the iPhone 11 Pro (71.4mm), which is a win for ergonomics. And yet it has a larger screen, measured by surface area (plus, no notches, punch holes or any such silliness). 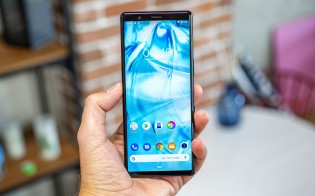 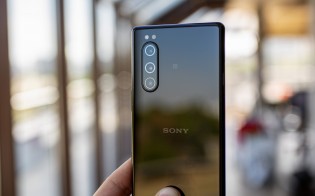 Of course, that screen has an extra tall aspect ratio, which is perfect for multimedia (e.g. Netflix originals are shot in 21:9, there’s HDR support to boot). Media aside, the screen is perfect for scrolling through news feeds – basically most of the written Internet content you consume, think Facebook, Twitter, etc.

Split-screen multitasking works well too, especially since this year the Xperia 5 gets the same RAM and storage capacities as the bigger model (Compact phones were often a gigabyte short in the RAM department).

There’s really only two areas where the Sony Xperia 5 takes a step back – the battery capacity (inevitable with a smaller phone) and the screen resolution (it’s 1080p+, but it’s still an OLED panel with HDR support and Creator mode).

Check out our video for more details on the Xperia 5. Meanwhile, we're working on a full review of the phone and we'll report soon on how the battery life has changed, the screen quality and how much Sony managed to improve the camera (there are several software-based improvements that are headed to the Xperia 1 as an OTA update as well).

Too big, won't buy. Anything above 140 mm won't be considered. I don't even need three cameras...

True. From what I've seem, Sony's internal design is kinda crappy and waste of space. There's a piece of the motherboard for the buttons which goes down the length of the phone. That space could definitely be used for more battery, just us...