Check out the new phones of Week 31

This week saw a number of flagships and affordable phones get their official debut. Motorola made a big announcement, unveiling three devices that update its mid and top segment phones.

The Motorola Moto X was split into two – the flagship Moto X Style and the mid-range Moto X Play. They are both big – 5.7" and 5.5" screens respectively – and have basic water resistance. The X Style has a QHD screen, while the X Play settles for a still great 1080p resolution. Both share in the impressive 21MP camera, though only the Style gets to record 2160p video. The new models borrowed the front-facing stereo speakers of the Moto G.

Speaking of, the Moto G was updated as well. The Moto G (3rd gen) didn’t follow the X in its lust for huge screens, instead staying at the 5" 720p mark of its predecessor. It gained more serious water resistance (IPX7, up to 1m for 30min, that's better than the new Moto X got) and the camera was bumped up to a 13MP/1080p shooter. Its selfie game is strong too with a 5MP shooter with auto-HDR.

OnePlus 2 (not "Two") was unveiled with a 5.5" 1080p screen, a Snapdragon 810 chipset and a fingerprint sensor. Like the Motos it has a choice of backs including Kevlar, bamboo, rosewood and others. Those will cost a premium over the base $330 price.

If the Moto G waterproofing isn’t enough, the Cat S40 brings IP68 (1m for 60min) and MIL-STD-810G ratings (salt, dust, rain, thermal shock, vibration resistance). It runs on a modest Snapdragon 210 chipset but comes with a brand new version of Android (5.1) and a beefy 3,000mAh battery for its 4.7" screen. 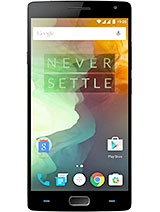 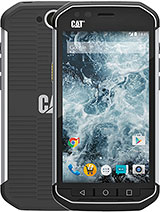 The new moto X'es do not borrow the stereo speakers from the moto G. They "rob" it. Anyway.... waiting for the full reviews.

How are they downgrading if all the devices do the same thing. Its basically an app war.