Xiaomi got a phone approved by TENAA last week, and we suspect it is the Redmi K30 Ultra. Later the company confirmed a new device is scheduled to arrive this month, celebrating its first decade in the world of smartphones.

The new Redmi K30 was initially expected on August 14, but today Xiaomi revealed the launch will be on Tuesday, August 11. The machine-translated name of the phone is K30 Extreme Commemorative Edition, but it will likely go with the much simpler Ultra when/if it escapes China. 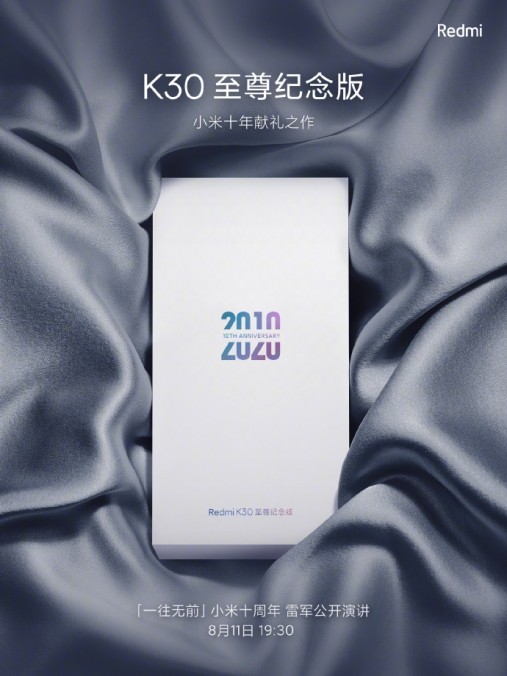 The big difference from the Redmi K30 Pro and Redmi K30 Pro Zoom appears to be the chipset - the TENAA listing points to Dimensity 1000+ from Mediatek instead of a Qualcomm platform. All the other specs appear to be the same - a 64MP main camera, a 20MP selfie shooter, up to 12GB RAM and 512 gigs of storage.

The device might be very similar on the inside, but it is the looks that confirm we’re looking at the same phone - this M2006J10C device has the same circular setup with an X design for the cameras, the same positioning of the buttons and the Redmi logo, and the dimensions down to the last millimeter.

Redmi K30 Ultra is now on TENAA, could arrive on August 14

RAM is kinda useless past 6GB but storage is never enough for some people, me included I can download 100gb per day...