All chat clients these days have "delivered" and "seen" labels to reassure you that your message reached its intended recipient. But what if getting the message delivered was literally a matter of life and death? Enter Research in Motion or as it would later be known, BlackBerry.

In 1996 the company introduced its first product, the Inter@ctive Pager, a two-way pager built on the Mobitex data network designed for emergency services (police, ambulance, firefighters).

Another pager, the BlackBerry 850, would give rise to the iconic name - its distinctive keyboard was reminiscent of the fruit.

The first phone was the BlackBerry 5810 (aka 5820 in Europe). It worked on the GSM/GPRS networks (dropping Mobitex), but you had to connect a headset to make a call. It ran a Java-based OS and supported J2ME apps, supported push email (for instant delivery), had a WAP browser and an organizer with wireless sync. 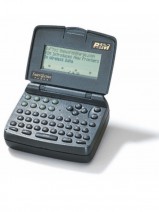 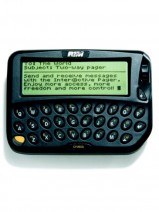 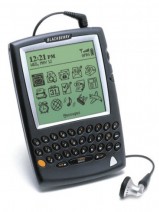 Then came the 6000 series dubbed "Quark" (BlackBerrys have physics-based code names). The BlackBerry 6230 did work as a proper phone, but its screen (2.6" in landscape) and keyboard show that it was still text-focused. A sibling device, the 6210, was was on Time's All-Time 100 Gadgets list.

Later in 2003 RIM introduced its first color screens with phones like the BlackBerry 7230. The 7270 was the first BB with Wi-Fi, which could be used for VoIP calls and with phone exchanges installed at the office. The BlackBerry 7290 has the distinction of being the first BlackBerry with Bluetooth and also the last with the classic pager-inspired design.

RIM introduced a new narrower design language for the 7100 series ("Charm"). To pull it off, the SureType keyboard was designed - a half-QWERTY with predictive input. Each key carried two letters (plus a digit or a punctuation symbol) and the software had a dictionary of 35,000 words to help it guess what you were typing.

This setup had the advantage of leveraging your spacial memory (the position of letters is unchanged from QWERTY) and offering more keys than the competing T9 setup (which ordered letters alphabetically on a phone keypad).

This became more pronounced with the BlackBerry Pearl 8100 - RIM's first phone with a camera, a 1.3MP shooter with LED flash (back then cameras were viewed as a security risk by businesses). There was even an MP3 player (you needed to buy a microSD card for that to work).

While we mentioned the keyboard, we didn't talk about the scroll wheel. Too late now, the 8100 replaced it with a track ball, which enabled horizontal as well as vertical navigation of the UI. Like with "blackberry", "pearl" was an association - the white, translucent trackball looked like a pearl. It wasn't always white, an RGB LED could be used as a notification light (even though there was a dedicated notification LED).

The BlackBerry Pearl 8110 upgraded the camera to 2MP and was the first BB with a built-in GPS receiver. With the right J2ME app you could replace a dedicated SatNav unit.

The BlackBerry Pearl Flip 8230 adopted a flip form factor and came pre-loaded with RIM's own satellite navigation app, BlackBerry Maps. The bar-shaped BlackBerry Pearl 8130 ran the app too, it even had a built-in GPS receiver (which the flip model inexplicably lacked).

The BlackBerry Bold 9000 was the pinnacle of the QWERTY models - a full QWERTY, unlike the 7100 series. The Bold 9700 replaced the iconic track ball with an optical trackpad, a move welcomed by users and media alike.

The Bolds were released in the same year as BlackBerry's crisis of faith - the success of the iPhone pushed RIM to release an all-touchscreen phone. But not just any touchscreen, a clicky one. We have to admit that the technology of the BlackBerry Storm 9500 was impressive, offering tactile feedback where most had to fake it with vibration. It also offered the distinction between "touch" and "press" while capacitive and resistive touchscreens did not. And it was universally hated.

RIM released a tablet, the BlackBerry Playbook. It ran an OS based on QNX, which was recently acquired by the company. QNX was normally aimed at embedded software, e.g. a car's infotainment system (it was later acquired by Harman, one of the biggest makers of head units).

This platform didn't go anywhere, but it recognized an issue - compared to iOS and Android, the J2ME apps of classic BlackBerry OS were pretty bad (not to mention few and far between). To remedy this, the Playbook could run Android apps (though compatibility was a bit iffy).

RIM was struggling, everyone could see that a major change was needed. That came in 2013 when the company officially changed its name to BlackBerry and unveiled the BlackBerry 10 OS. It was based on QNX again, but switched away from Adobe AIR to Qt as the application framework. And once again, it supported Android apps.

The new OS debuted on two phones - all touchscreen BlackBerry Z10 and the touchscreen + keyboard BlackBerry Q10. With no physical keys, the Z10 tried a gesture navigation that was efficient once you learned it, but the gestures lacked discoverability and there was quite a learning curve.

The Q10 did offer keyboard shortcuts and Instant Actions (which let you launch apps and perform other tasks through the search interface). While the keyboard was similar to the Bold series, it lacked an optical trackpad (no track ball either).

The oddball BlackBerry Passport is from this era too. It was wide, at 90.3mm it was wider than even the original BlackBerrys. It too lacked a trackpad, instead the whole QWERTY keyboard was touch-enabled so you can use it for swipe gestures.

Then came the BlackBerry Priv, which gave up on the hybrid solution of Blackberry 10 OS and Android app support - it was pure Android (with a BB launcher, of course). It was a slider, but unlike the Torch before it, it offered both a large AMOLED screen and a touch-sensitive keyboard.

The Priv failed to gain traction and BlackBerry tried all-touchscreen phones again, before returning to the classic QWERTY bar. The company no longer manufactures phones itself, instead it handed over that responsibility to TCL (which you may know from its alcatel phones).

Aside from the form factor, something else returned - the focus on corporate clients. The prices of the Keyone and KEY2 scared off modern consumers, even the ones curious about having a hardware keyboard. The KEY2 LE (unveiled last week) tries to bring the price down to more palatable levels, but it remains to be seen how that goes.

Today BlackBerry mostly provides enterprise services - providing a secure, reliable platform on which others can build services for the corporate world. The iconic image of a someone in a business suit typing on their BlackBerry is already fading from memory.

And now in 2021, I still prefer to have a physical QWERTY keyboard on a smartphone. I never like typing using a touch screen keyboard, so having a physical keyboard, especially for typing documents, is so much more satisfying and more precise. Also w...

now BB is the only company offering sub 5" screens! A huge advantage over EVERY other company.

I had the Blackberry Bold 9700 and 9900 and then used an iPhone after. But when the Key2 was released, I have to go back to Blackberry and I have no regrets!!!!