Oppo began life in 2004 and in the early days it made its name by selling high-quality Blu-ray players, amplifiers and headphones. Its entry into the phone business came in 2012, quite late in the game. Still, the company grew quickly, becoming China's top smartphone brand in Q2 2016 (a position it since ceded to Huawei, though parent company BKK is still on top cumulatively).

Oppo's short history is filled with many firsts in mobile photography.

The Oppo U705T Ulike 2 claims to be the first phone with a built-in beautification feature for selfies, which was used with the 5MP front camera. A dubious honor, if you ask us, but there it is.

The Oppo Find 5 was among the pioneers of 1080p screens. It was unveiled in December of 2012 and narrowly missed being first (the HTC Droid DNA snagged that title). Still, 1080p was a resolution for TVs, it seemed ridiculous at the time. Not to worry, the Snapdragon S4 Pro chipset (Snapdragon 600 in China) chipset had plenty of power to drive the display.

Oppo got the win in the next round - the Find 7 was the first phone with a QHD screen. Manufactured by JDI, the 5.5" panel had an incredible for the time pixel density of 538ppi.

There was a 1080p version dubbed Find 7a too. The OnePlus One was based on this hardware, no surprise as the co-founder and CEO of OnePlus spent 15 years at Oppo as an engineer. He got his start in the company's Blu-ray division. More on Pete Lau in a moment.

The Ultra-HD feature was an early example of multi-frame processing - it snapped ten 13MP photos and processed the information into a 50MP shot. Check out these samples from our review. Not quite as good as the 38MP shots from a Lumia 1020, but still better than a straight upscale.

The more impressive Find 7 feature was VOOC charging. It transfers an impressive 20W of power at a low 5V. Most other fast charging technologies work at higher voltage, the downside of which is heat. VOOC is one of the fastest ways to charge your phone to this day and it keeps the phone cool.

OnePlus once again has Oppo to thank for one of its best features, Dash Charge is essentially a rebranded VOOC. The next generation tech, called Super VOOC, is available on the Oppo R17 Pro and some versions of the Find X. They charge at an insane 50W!

Eventually Mr. Lau rose to the position of Vice President at Oppo and was instrumental in developing the Oppo N1. This was the first phone to have official support for CyanogenMod - something that he would carry over to OnePlus (there's some sordid history there, but that's for another time). Note that the phone was also available with Color OS.

The Oppo N1 is also remembered for its rotating camera - a 1/3.06" 13MP sensor behind a bright f/2.0 lens. It was an impressive main camera for the time, but when you rotate it 180°, it turned into the best selfie camera in the world.

There was an invisible touch-sensitive area on the back, the O-Touch pad. It was used for scrolling mostly, but a double tap could launch the camera (and then serve as a shutter key). It's a shame Oppo didn't follow up on this, it was great for one-handed use and we think it's much more versatile than HTC's squeeze function (used in Google's Pixels as well).

You had to turn the camera manually, though. The Oppo N3 fixed that by adding a motor to do it automatically. This feature was also used to shoot a panorama - you held the phone still, the motor would sweep the camera for you (at a constant pace for better results).

The N3 was Oppo's first phone to feature a fingerprint reader. It was placed on the back, where the O-Touch pad used to be on the N1. It still supported swiping, which could be used to rotate the camera. 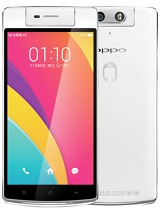 In 2016 Oppo turned to Sony to design the IMX398 image sensor, which was first used on the Oppo R9s and Oppo R9s Plus. Details on the sensor's special autofocus system are a bit murky - it's not Dual Pixel AF, but Oppo does claim it is superior to regular Phase Detection AF. This sensor was also used by OnePlus, most recently on the 5T. 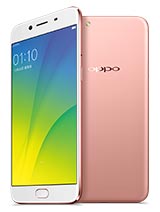 The Oppo F3 Plus was the company's first phone with a dual camera - the selfie camera, specifically. The self-styled "selfie expert" naturally featured Beauty mode like the Ulike 2 did a few years before it. A smaller version of the phone, Oppo F3, was unveiled a couple of months later. 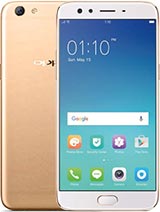 Soon after the Oppo R11 and Oppo R11 Plus applied the dual camera formula to the back (based on the IMX398 sensor from the R9s along with an IMX376 for the tele lens). While it was a single shooter, the 20MP selfie camera proved quite capable as well. 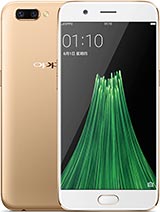 Those are the highlights of Oppo's past phones, a short but sweet story. The company's most recent phones have the same focus on screen and camera features. They've abandoned QHD resolutions, but handsets like the Oppo R17 Pro are leading the way to a future with in-display fingerprint readers and less obtrusive notches. This phone also experiments with a 3D ToF sensor, we'll see how that goes.

If you scoffed at the mention of a notch above, the Find X offers an alternative path - a pop-up camera powered by a motor. The experience from the N3 must have been of great help when designing this phone. The Find X also has a 3D sensor (using different tech, structured light), for 3D face scanning as an alternative to fingerprint readers.

That's the Oppo way - the company is not afraid to experiment with new features and it has consistently been one of the most innovative smartphone companies and has scored many "firsts" over the last 6 years.

I prefer rotate one than today's generic

The irony that they don't like firmware modding, but they have the goddamn N1 running on CyanogenMod anyways