Last week we went through the first chapters of the Apple iPhone chronicles and now we'll bring you the rest of its story.

Ads for the Atari Jaguar made a big deal about it being the first 64-bit video game console. How is 64-bit better than 32-bit? The marketing department doesn’t care as long as it can advertise a bigger number.

That is not to say that Apple didn’t have a good reason to jump to 64-bit with the iPhone 5s. In fact, given that the phone was introduced 5 years ago and is currently running the latest version of iOS, we’d say things worked out brilliantly. We won’t bore you with details about the cruft that the ARM instruction set had accumulated and how ARMv8 from 2011 improved it.

What matters is that this move threw Qualcomm into panic, causing it to release the infamous Snapdragon 810, just so it can offer a 64-bit chipset.

The 5s was important for other reasons as well, the iOS 7 it brought departed from its skeumorphic roots for a flat, modern design that is still used today. Microsoft and Google designers have been pushing for flat UIs for a while, but of course Apple’s Jony Ive did his own spin on the concept. Still, familiar elements started appearing like the Control Center (borrowing from the quick toggles other phones have been using for years). 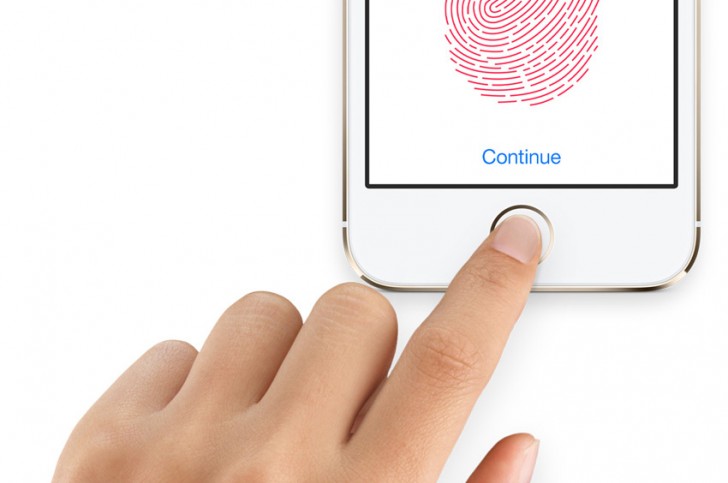 The iPhone 5s is responsible for kicking off another craze – fingerprint readers. Those have been tried before, but with little success. To Apple’s credit, it used the right kind of reader, the swipe kind that was used before (and for a while after the 5s) was a pain to use.

Besides being the first 64-bit chipset in a mobile phone, the Apple A7 was also the first to include the M7 motion co-processor. It enabled low-power fitness apps and was only the start of Apple’s focus on health features.

The size and aspect ratio of the screen of the original iPhone – 3.5” and 3:2 – were not chosen at random. In fact, they were based on ergonomic studies that said this is the biggest screen that most people can comfortably use one-handed.

The 4” 16:9 screen introduced with the iPhone 5 had multimedia benefits, but was pushing it a bit ergonomics-wise. However, even Apple couldn’t deny the market trend – huge phones were in, small phones were out. 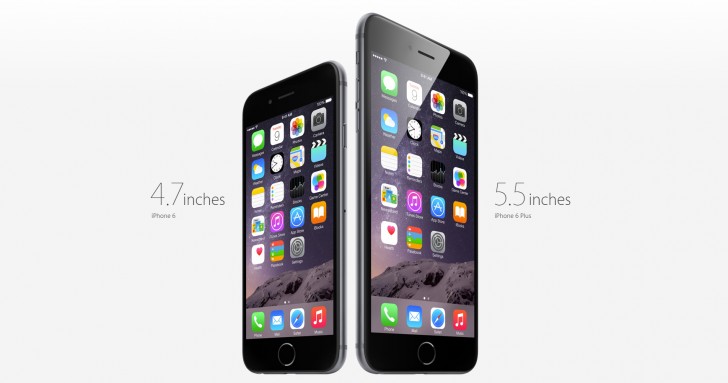 Enter the iPhone 6 Plus with a 5.5” 16:9 screen. Not just that, it had a larger battery too, allowing people to consume much more content. Even the “smaller” iPhone 6 was bigger than the previous models with its 4.7” display. They were a hit.

The pair went on to sell a total of 220 million units and became two of the best-selling phones of all time.

Speaking of sales, the iPhone 6 generation saw the introduction of Apple Pay. With it you can pay at the register without needing cash or a credit card. This was done over NFC, which was initially locked down and used exclusively by Pay (the restriction was lifted with iOS 11).

The iPhone 6s and iPhone 6s Plus were refinements on the previous generation that resolved some of the issues faced by the 6 duo (e.g. the 6s used tougher aluminum and extra strengthening to fix “bendgate”).

The rear camera was upgraded to a 12MP sensor and support was added for 4K video recording. The selfie camera at long last got a sensor with a decent resolution – 5MP was not a lot, but still miles better than the 1.2MP cam used before.

While the 12MP/4K formula stuck around, the 3D Touch feature (which made the touchscreen pressure sensitive) has languished.

The 6 and 6s left many people unhappy – the older phones were the perfect size, they said, and the larger models were less comfortable to use. The iPhone 5s got relieved of duty at an uncharacteristic March event by the iPhone SE.

The phone was a mix of iPhone 5s and iPhone 6s. The upgrades include the Apple A9 chipset of the 6s (which enabled 4K video capture) and Apple Pay support. A few older components were used, e.g. 1st gen Touch ID and a screen with no 3D Touch, but that didn’t matter – those who wanted a smaller iPhone loved the SE. 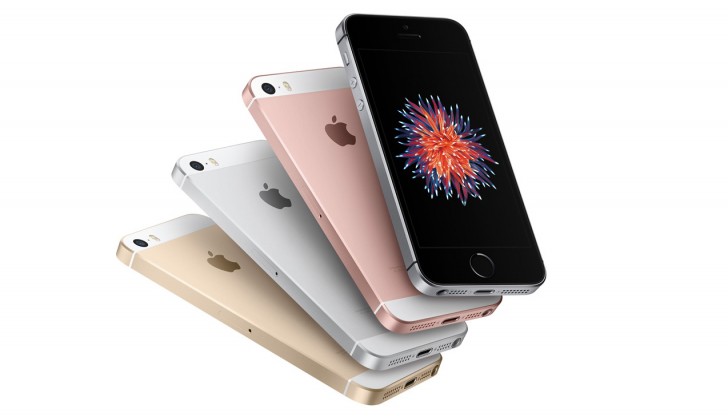 The improved performance, battery life and camera earned the iPhone SE many praises. However, it’s the last of its kind. Despite many rumors of an “SE 2”, Apple has embraced large screens even tighter. This makes the chances of a sequel quite slim, though March 2019 could surprise us.

The iPhone 7 took away the 3.5mm headphone jack, leaving the Lightning jack as the only wired input or output. Apple claimed that it needed the extra internal volume for the Taptic Engine, which simulated the feeling of a button press.

Which in turn was needed because Apple took away the Home key button, replacing it with a recessed touch-sensitive circle (that still had Touch ID behind it). Despite our snark, we appreciate that this made the iPhones more durable – after a couple of years Home buttons on older models would often start misbehaving.

Removing one hole and one moving button also helped Apple improve the water resistance of the handset – the iPhone 7 duo were the first to gain an IP rating (IP67). Plus, back then Apple used to include a Lighting to 3.5mm adapter (it doesn’t do that anymore).

The iPhone 7 Plus story wasn’t just about what Apple took, the company did add a second camera on the back. With a telephoto lens (2x) and smart software to create artsy bokeh effects and cool portrait shots. The smaller model still had only one camera, but it did gain OIS. That was reserved for Plus models previously, but the secondary camera helped maintain the separation between Plus and non-Plus models in terms of camera capabilities.

Audio got a new feature too – the 3.5mm jack may have been removed (a subtle nudge to consumers in the direction of Apple’s wireless headphones), but the iPhone 7 duo was the first Apple phone to offer stereo speakers.

We won’t cover the iPhone 8 or iPhone X as they are barely a year old, hardly the stuff of history. But we’d probably have another look iPhones a few years from now. Back when the 30-pin adapter was dropped in favor of Lighting, we never imagined that the 3.5mm jack would soon follow it. What changes that Apple introduced this month will shape the iPhones to come?

3D Touch feature is what made the iPhone smooth The iPhone 4 was a bad device with the iPhone 5 if you compare with what you could get... But yeah especially in the beginning it was good mby better than the others but after 8 months its lagish ...

I think you're referring to Scotty Allen: iPhone hacker puts headphone jack back (29 Aug 2018): https://www.bbc.co.uk/news/av/technology-45333960/scotty-allen-iphone-hacker-puts-headphone-jack-back !Definitely do NOT try the previous method fr...

Honestly, I've been doing some thinking and I do NOT think its worth (from a value perspective) to get an iPhone or a Pixel because of the argument that you get longer software support. I now actually recommend people to upgrade yearly, but do s...