Sliders are experiencing a resurgence as the form factor has found a new use. In the early days it was used to make a phone smaller and protect the keypad from accidental presses (by putting the keypad on a slider), today they are used to maximize the screen-to-body ratio - there's no more keyboards, it's the selfie camera that's on the slider.

Sliders hit their peak in the 2007-2009 period. A whopping 109 different slider phones were launched in 2009. However, as the chart below shows they experienced a steep decline soon after.

The popularity of the form factor peaked in the same period - in 2007, sliders accounted for 32% of specs page views on our site. Basically, every third person checking out a phone on GSMArena was looking at a slider.

There were a few Androids with a slide-out QWERTY keyboard, sure, including the first of its kind, the T-Mobile G1. However, the quickly improving touchscreen accuracy (helped by the switch to capacitive touch) and the smarter text correction made the hardware keyboard feel like unnecessary bulk.

The BlackBerry Priv (2015) was the last of its kind - the last slider with a keyboard. Then it was quiet for two years, until suddenly we got 4 different models in 2018. Well, 4 if you count the Oppo Find X, which has a motor to do the sliding for you, instead of having you (or even allowing you to) do it manually.

But we think the Find X counts, because all 4 phones have the same goal - move the selfie camera away from the screen bezel so that they are thin and notch-less. If you're willing to stretch the concept of "slider" you might want to include the two vivo NEX phones, which have an almost identical plan.

Anyway, we though it would be interesting to include flip phones in the chart. They were quite popular early on and peaked in the 2003-2005 period. The most memorable members of this group were the Motorola RAZR phones.

The chart clearly shows how sliders rose up to take the crown from flip phones. A few years later touchscreen phones would do the same to them. 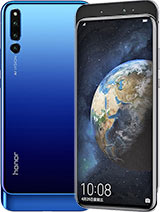 But now they're back. Or are they? The outcry against the notch was loud enough for makers to start working on sliders (and pop-ups), despite the added complexity and cost. However, that outcry has quieted down after the introduction of teardrop notches and now punch hole cameras seem to be the new favorite (of phone makers, at least, we'll see if consumers buy into them).

It's going to be an interesting year - will sliders explode in popularity or fizzle out? And don't forget foldable phones, they might be the rebirth of the flip phone.

Counterclockwise: FM radio is past its peak

Well we can only agree on that. Note 7 by xiaomi is a very charming device right here right now. But this a must have people still weeping about is disaster.

Man if you were only right. Samsung sells most depends on where. Here in Slovakia i sell for example like 200 xiaomi devices a day in 37 shops. But in case of Samsung its like a 50 devices. Even Huawei i sell like 100 phones a day. And ...

Wow, have you took into your calculations that Samsung and Apple sell the most devices? So it is normal that more are faulty. I don`t want to defend them cause I don`t like either but you should look at sales and returns for all 3 brands, and make an...