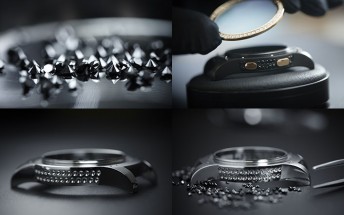 A couple of weeks ago Samsung announced a heavily blinged up special edition of its latest smartwatch, the Gear S2 by de Grisogono. The Korean wearable maker teamed up with the renowned jewelry company in order to produce a smartwatch that looks more like a piece of jewelry than an electronic device.

During the official announcement pricing wasn't revealed, but we did expect it to be through the roof. Well, according to a new report that is just the case. It turns out that the Gear S2 by de Grisogono is set to cost a whopping $15,000 when it becomes available this summer. You'll find it in Samsung's and de Grisogono's retail outlets. 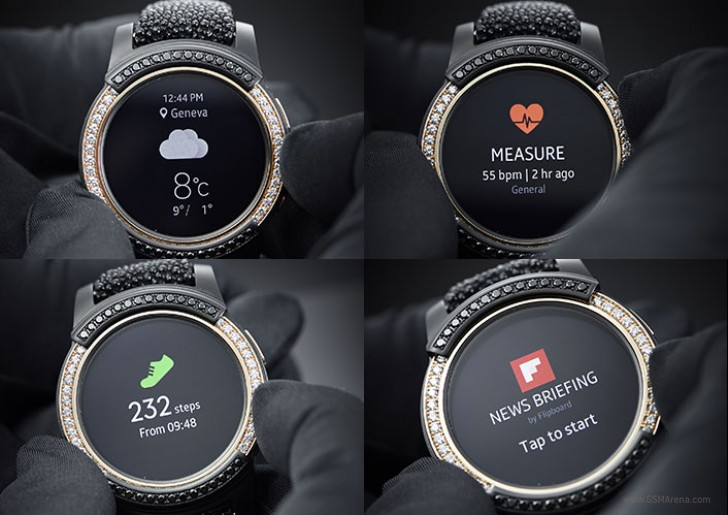 The watch has no less than 127 white and black diamonds on it, a rose gold rotating bezel, and a black galuchat bracelet. On the inside however it's identical to a vanilla Gear S2, sporting the same specs.

We're talking about a 1.2-inch 360x360 Super AMOLED touchscreen, the Exynos 3250 Dual chipset with a 1 GHz dual-core Cortex-A7 CPU, 512 MB of RAM, 4GB of storage, Wi-Fi, Bluetooth, NFC, a heart rate monitor, and a 250 mAh battery. It runs the Tizen wearable platform. The de Grisogono edition gets a special watch face though.

Huawei Band 4 will soon launch in India, priced at INR 1,999

The Apple Watch Edition is just as expensive and it doesn't have black diamonds?

Lil wayne should buy this

Do they offer free delivery?