Mediatek introduced the Dimensity 900 chipset for midrangers yesterday. The Taiwanese company stayed silent on an eventual phone launches with the new SoC, but vivo might be very quick to adopt it. 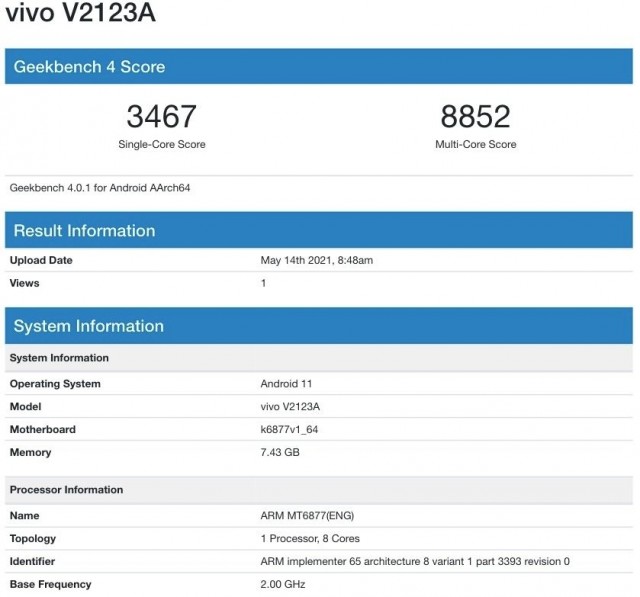 Mind you these numbers are not comparable to those from the more recent GeekBench 5. It is quite hard to compare the performance of the Dimensity 900 to other modern platforms, but the results are in the same ballpark as 7nm flagship chipsets like the Snapdragon 855 and Kirin 980.

Dimensity 900 is built by TSMC on the 6nm technology process and comes with an octa-core CPU with two powerful Cortex-A78 units at 2.4 GHzand six Cortex-A55 units at 2 GHz. It is an update over the Dimensity 800 series, meaning the new vivo phone might be the future successor of the iQOO U3.

You've got the sources of all the devices released by serious brands...it incluses sources for the soc and for all other vendors (screen, touchscreen, cameras, gyro, NFC...) It allows you to build ROM... With sources of the soc alone, you ca...

go to xda open custom rom page for both note 8 pro and vanilla note 8. note 8 pro has few pages like 3 while note 8 forum is so busy with lot of rom. while nowadays its possible to create custom rom for mediatek phone, but quality of those rom s...