Today two new devices have become available to purchase in India. These are the Microsoft Lumia 532, in its dual-SIM iteration, and the 32GB HTC Nexus 9 with 4G LTE support baked in.

The Lumia 532's launch isn't a surprise, and it follows in the footsteps of the Lumia 435, which went on sale in the subcontinent just last week. 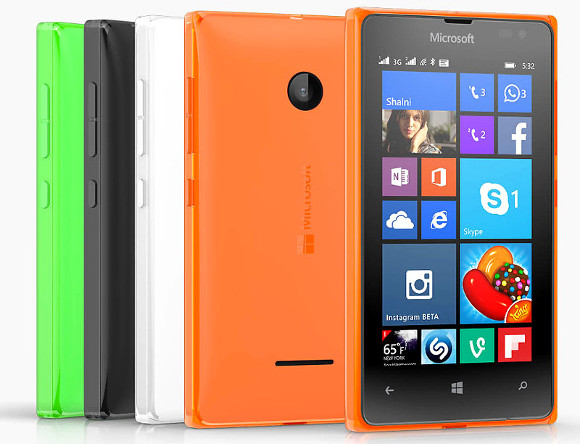 The phone (pictured above) can be bought for INR 6,499, which means around $104 or €92, so it's pretty affordable. Then again, its specs aren't stellar by any measure.

The HTC-made Nexus 9 has been out in India for a while now, but so far only in the Wi-Fi-only version. Now though you can purchase a 4G LTE capable variation of the tablet too, if you so wish.

Ya apple apple premium soaps, and android cheap soaps that in real never do its job.,

a 4'' display handset such as this sounds like a killer simple device. The larger live tiles are great for seniors.