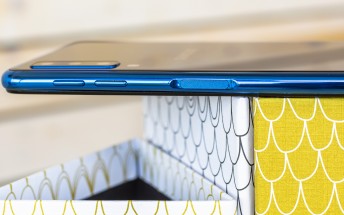 Samsung should announce a trio of new Galaxy S10 flaghips next year - two models with curved 5.8-inch and 6.44-inch displays - and a third with a flat 5.8-inch display. Thanks to leaker Ben Geskin we may have some new clues to clarify that last one.

Dubbed the budget Galaxy S10 with model number SM-G970F, the most basic device in the lineup will have a flat Infinity-O display, a fingerprint scanner on the side (not an in-display one), a dual camera and come with either 4GB or 6GB of RAM coupled to 64GB or 128GB of storage.

According to Geskin the budget Galaxy S10 may even carry a 2018 Snapdragon 845 chipset. Samsung could ask as little as $650 for the phone, which would put it in direct contention with devices like the OnePlus 6T.

If these rumors pan out, then we could be looking at a large disparity between the budget Galaxy S10 and its more expensive counterparts. They are rumored to offer curved Infinity-O displays, in-display ultrasonic fingerprint scanners, three cameras (one standard, one ultra wide and a telephoto one) and likely much higher starting prices.

Agreed, I actually got rid of my S8 because the curve screen had 0 palm rejection. Using it to watch videos (without a case) was a nightmare.

FLAT 5.8" Screen, please. Not the gigantic phablet size. The edge screen serve no purpose at all, and it is began to look obsolete.

Sad that Sony dropped side mounted fp just because of USA market wear is lower sales anyway :/ best place for fp is the side of the phone .