Following some bad press over repeated delays in the launch of its PH-1 smartphone, Essential promised a few days ago that the actual release date of the handset will be revealed within the next week.

While you wait for it, there's an opportunity to see and try the smartphone at a special 'First Look Event' that the company has scheduled for August 25. Some people (that reportedly aren't related to mainstream media) have received the invite for the event. 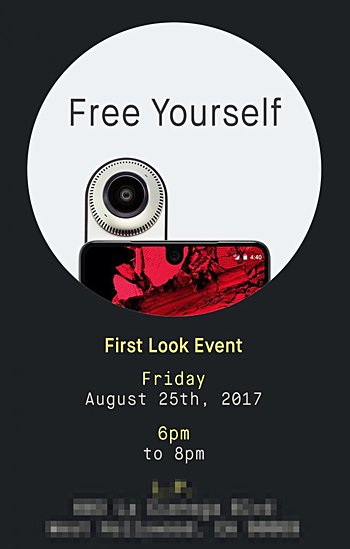 So the event - which is set to take place in Los Angeles - looks to be aimed at consumers. Anyway, in addition to the phone, you'll also be able to take a first look at the 360 Camera accessory.

Essential Phone will get a firm release date within a week, the company announces

You can now buy the Essential phone at BestBuy

Cause Apple innovates Everyone else just copies them :P

I just received my invitation to the NYC event on August 21st.