European prices for Honor 20 lite (aka Honor 10i) unveiled

The Honor 20 lite will soon make its debut in Europe. The phone previously launched as the “Honor 10i” and was initially available in Russia.

The 20 lite will cost €300 in Europe. In the UK the price is £250 and will be available at Carphone Warehouse, Amazon, Argos, John Lewis and Very. The other two Honor 20 models cost €500 and €600 for the vanilla and Pro models, respectively. 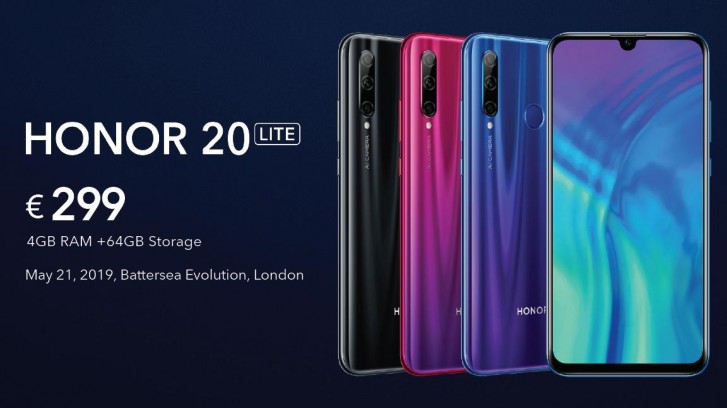 The lite model has a similarly-sized screen – 6.21” LCD with 1080p+ resolution – and a notch rather than a punch hole for the 32MP selfie camera. Rather than the Kirin 980 chipset, the phone is powered by a Kirin 710 with 4GB of RAM and 128GB storage.

The triple camera packs a 24MP main and 8MP ultra wide cameras, plus a 2MP depth sensor. The defining dedicated macro camera is missing, however.

>"lite" version >pretty much the same size as the large version Ahh... Part of me kinda feels bad for Huawei how they got f*cked up by US government, but the other part, when I see how they keep released these oversized paddles, kinda th...

Is there anyone... the first in line to buy one?

Seems decent, but probably won't have access to Google Play long term. Maybe Huawei should start allowing bootloader unlock codes again so that people can take this into their own hands.