The iPhone 13 announcement came with the reveal of the new Apple A15 chipset and (as always) Apple said it is the fastest smartphone chip in the world. Interestingly, the chip inside the iPhone 13 vanilla and mini had a 4-core GPU (as usual), while the one inside the iPhone 13 Pro, Pro Max and the new iPad mini had 5-cores (quite possibly the result of different binning intended to stave off chip supply issues).

AnTuTu discovered an early test run of an “iPhone 14,2”, which is likely the 13 Pro, a unit with 6GB of RAM and 1TB storage, no less. And with an overall score of nearly 840,000 it is undoubtedly faster than the previous models. 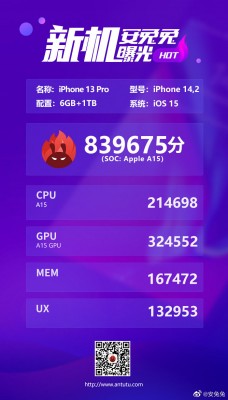 Here is a direct comparison of the iPhone 12 Pro vs. 13 Pro. The speed boost of the GPU is 19%, not bad but not huge considering the revised architecture and one extra core. It’s certainly not the 55% improvement, which was reported by Geekbench’s GPU score (also ran on a 12 Pro). The CPU shows a similar jump in performance (17%). 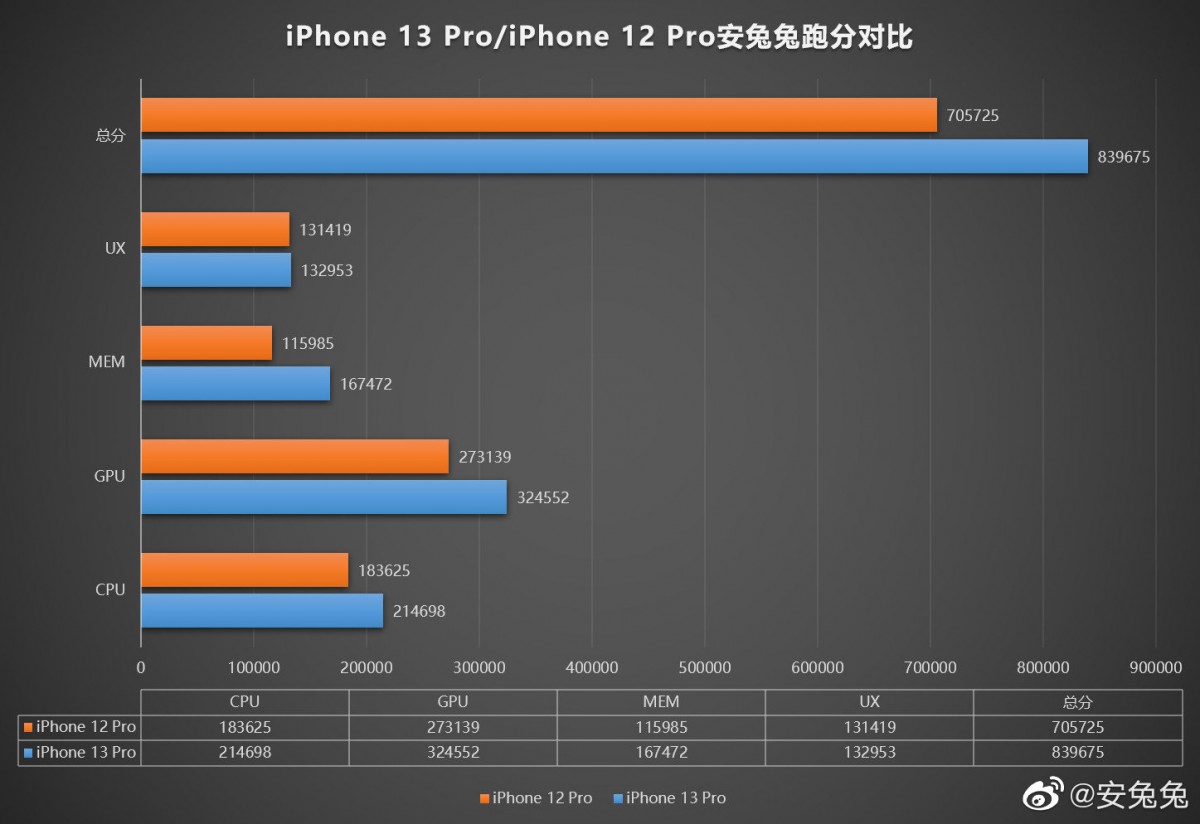 It is the memory test that brings the biggest improvement (44%). However, the new storage capacity of 1 TB must have had a positive effect here (larger solid state drives tend to be faster too). Perhaps the RAM got faster too, but Apple never announces such details publicly, so we’ll have to wait for a disassembly to see what chips it is using (the 12 Pro has LPDDR4). 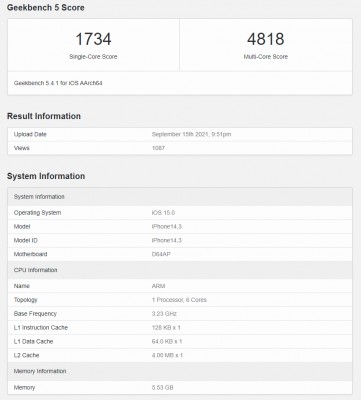 Unfortunately, we don’t have reliable benchmark scores of the upcoming Snapdragon 898 and Exynos 2200 to compare Android’s (soon to be) best chipsets against the Apple A15.