Samsung is having an event next week where we'll see the Galaxy S20 lineup in the flesh (or rather stainless steel). Yet six days ahead of the launch we already have the first live images of the Galaxy S20 Ultra and S20+ - and they are exactly as the previous leaks pictured it.

The Samsung Galaxy S20 Ultra will have a huge rectangle on the back, almost half as wide as the phone itself, where we see a periscope shooter, accompanied by three more snappers, a microphone, an LED flash and another sensor under the protective glass. 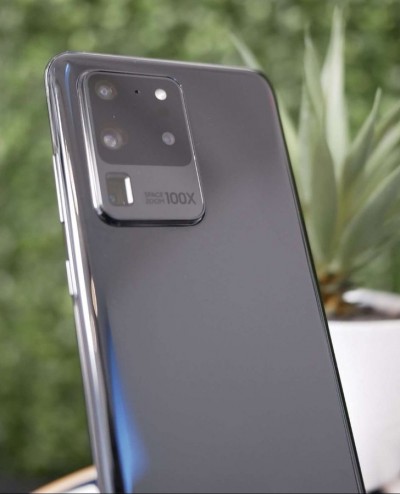 If we trust the rumors so far, we are looking at a 108MP main shooter with in-house ISOCELL Bright HMX sensor, a 48MP periscope telephoto unit that will provide 10x optical and 100x hybrid zoom, an ultrawide-angle shooter and a 64MP snapper that will bridge the gap between the regular and telephoto modules.

A separate source gave us another leaked image, which includes the S20 Ultra and the Galaxy S20+. The latter will sport a ToF sensor in the Plus generation. The other three cams are likely to be regular 12MP + 64MP telephoto + 12 MP ultrawide-angle cameras. 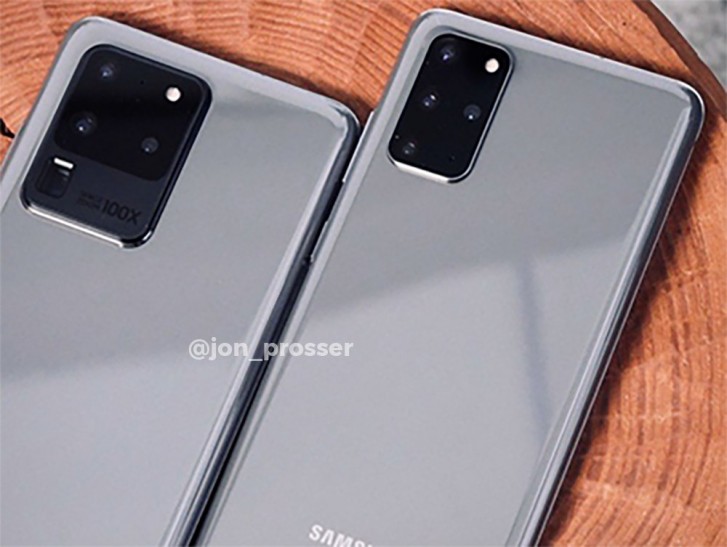 European Galaxy S20 phones will be bundled with Galaxy Buds+, here's how much they'll cost

well it does suck that they are removing the headphone jack but its really not THAT big of a deal... im sure the phone comes with a type c adapter and even it doesnt they are cheap and problem is solved...

Wondering why an 108mp lens is mentioned when I've read that it just breaks down images and ends up being 12mp anyway? Also there's been no mention if any of the S20 Series will have the intelligent Battery like the S10+ supposedly has, guess it does...

yes, Oppo maybe the first to ditch headphone jack. but for two years nobody cares when Apple remove it, all hell broke loose that is making a trend