Apple began life as a hardware company, selling desktop computers and then adding laptops to its roster. But in 2001 the company started its long journey to becoming a media distribution company – a journey that saw the launch of Apple Music in 2015 and will welcome Apple TV+ later this year.

In 2001 Apple released iTunes to the world and a few months later the very first iPod followed. Those two products revitalized the waning company and grew quickly. In 2005 Apple had a commanding 75% share of digital music sales and 80% of MP3 player sales.

With over 20 million iPods sold, Steve Jobs decided it was time to get into the mobile phone business to expand the reach of iTunes (and to hedge against the possibility of phones displacing dedicated MP3 players). But this was two years before the iPhone, so a partnership with Motorola was formed.

The Motorola ROKR E1 became the first phone compatible with iTunes. Apple partnered with carrier Cingular to release it at $250 with a 2-year contract. This was an important detail - Cingular, which would change its name to AT&T in 2007, was also Apple’s launch partner for the iPhone.

But while Apple’s own phone was the product of Jobs’ unrelenting perfectionism, the ROKR was less ambitious – Jobs described it as an iPod shuffle inside a phone. It was artificially limited to 100 songs, though to be fair you can’t store many more on the 512MB microSD card that came with the phone.

Still, the idea was to use the Autofill feature that would automatically pack a specified amount of music on your iPod – or in this case, your Motorola phone. Songs sold for $0.99 a piece, albums went for $9.99.

Sony BMG and Warner Music Group were not happy about this and went to war with Apple over it. They wanted a pricing scheme that will charge for songs based on their popularity. That didn’t concern Cingular, however, as Apple wouldn’t share any of the music profits with it, even if the songs were downloaded to the ROKR E1.

Still, some analysts saw this as a desirable product that will have consumers flocking to the carrier. Others worried that the phone will cannibalize sales of the high-margin iPods. In the end, neither proved true.

The smallest iPod shuffle available at the time could hold about 120 songs in its 512MB storage – over the 100 song limit of the phone. The phone supported 1GB cards too, but those didn’t raise the song cap.

Clearly, Apple itself was worried that the phone will eat into iPod profits. After all, it was a Motorola phone, not an Apple device. Apple also just happened to unveil the iPod nano on the same day the ROKR E1 was unveiled, leading to accusation from Motorola’s CEO that Apple was intentionally trying to sabotage the phone. 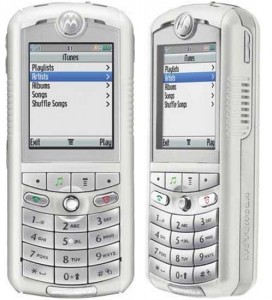 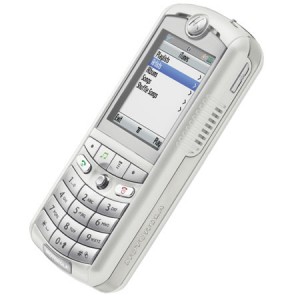 The Motorola ROKR E1 was a rebadged E398. Well, almost – the ROKR had a dedicated button to launch the iTunes music player. Other than that, you could flash the E398 to run the same software.

The phone boasted stereo speakers with 16mm drivers and a headphone jack (2.5mm, it was a weird time). To enhance the experience, the phone used its vibration motor to simulate bass – a system similar to the Dynamic Vibration System on the Sony Xperia XZ2 released last year.

The loudspeakers set the ROKR E1 aside from the simplistic iPod shuffle. Meanwhile, the 1.9” screen with 176 x 220px resolution was no danger to the new iPod models with a color display (5th gen iPods had 2.5” 320 x 240px displays).

There would be a few more iTunes-compatible phones from Motorola, but it was clear that Apple’s heart wasn’t in it. Support for the ROKR was discontinued in 2006. Still, this experience must have influenced Steve Jobs as he was working on the iPhone.

And by that we mean the frustration he experienced. Things didn’t go on well on stage while Jobs was unveiling the phone – he hit the wrong button and the phone didn’t resume music playback.

“I hit the wrong button. But you can resume your music right back to where it was if you hit the right button,” he said. You can bet he started dreaming up a better UI as soon as he got back home that day.

The Motorola E398 (aka ROKR E1) could vibrate with sound too

Counterclockwise: Motorola, Nokia and others invent the modern telephone

Those were the days... ...Alas in the present, we have nothing but a litany of iNotches. Surely if Steve Jobs was still around, if he would never have permitted this hideousness to occur.

This mobile is no more