Flashback: Samsung Galaxy S6 got a lot of hate, but it also got many things right

The Samsung Galaxy S6 had a slender metal body, more beautiful and more premium than the utilitarian, plasticy Galaxy S5 that came before it. The internal code name for the phone was Project Zero, because Samsung threw the Galaxy S playbook out of the window and started from scratch.

The company must have been surprised by the loud negative outcry when it finished working on the Project Zero and unveiled it to the world. While the premium look was nice, Samsung made several unpopular choices.

First, the glass back was glued in place, meaning that the battery was no longer user-accessible. The S6 wasn’t even water resistant like the Galaxy S5 was, that one had an IP67 rating and a removable back cover (and flap over its USB port, but that wasn't its biggest issue).

Samsung also dropped the microSD slot. Doubling the base storage to 32GB (from 16GB on the S5) and switching to faster UFS 2.0 (from eMMC) didn’t seem to matter to fans – they only cared that they could no longer expand the storage of their phone. 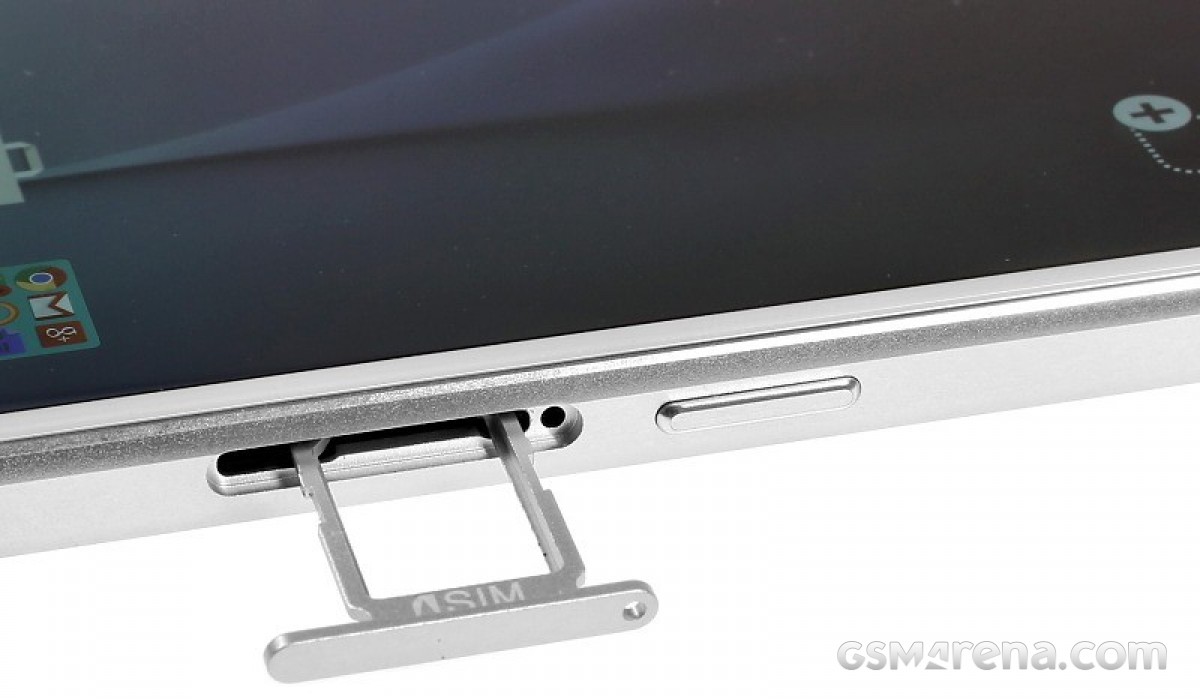 Only SIMs allowed, no room for microSDs on this card tray

There were other inexplicable downgrades. The battery was smaller (2,550mAh vs. 2,800mAh), a side effect of the decision to shave down the phone’s thickness just 6.8 mm. Also, this made people worry more about the battery aging, since it would reduce the already small capacity. It supported faster 15W charging, which Samsung argued was better than having a replaceable battery. Many disagreed. 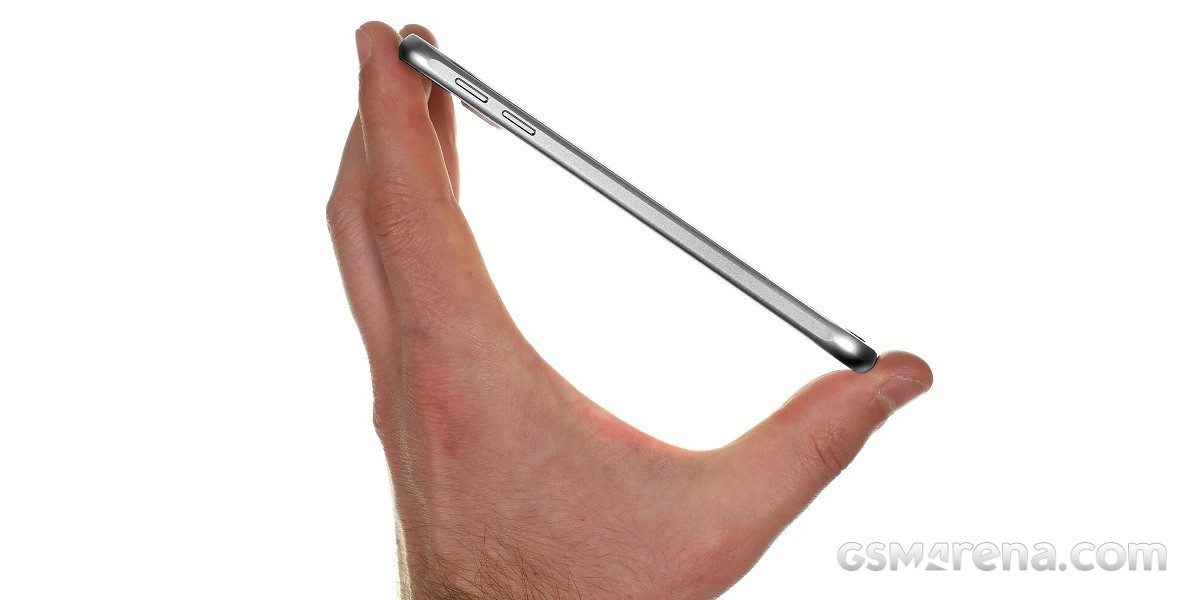 Also, Samsung abandoned its microUSB 3.0 experiment and went back to regular microUSB 2.0. Not that anyone missed the wonky microUSB 3.0 connector, but going back isn’t a good look and USB-C wasn’t unheard of in 2015 when the Galaxy S6 arrived. MHL was slashed in the process (it is an early form of TV-out over USB).

The Galaxy S6 did not arrive alone - it had a curvy friend, the Galaxy S6 edge. Its display was curved at its left and right edges, borrowing the flexible OLED technology from the Galaxy Note Edge. It still had the same diagonal, 5.1”, but the curved sides gave it a unique look (the Note had only one curved edge). This came at extra cost and not everyone thought it was worth it, but at least people had a choice.

Later on in the year Samsung also released the larger Galaxy S6 edge+, which went up to a 5.7” display – as big as that of the Galaxy Note4 and 5 (though it was curved rather than flat). Other than the larger 3,000 mAh battery, the screen size bump was basically the only upgrade over the smaller Galaxy S6/S6 edge. 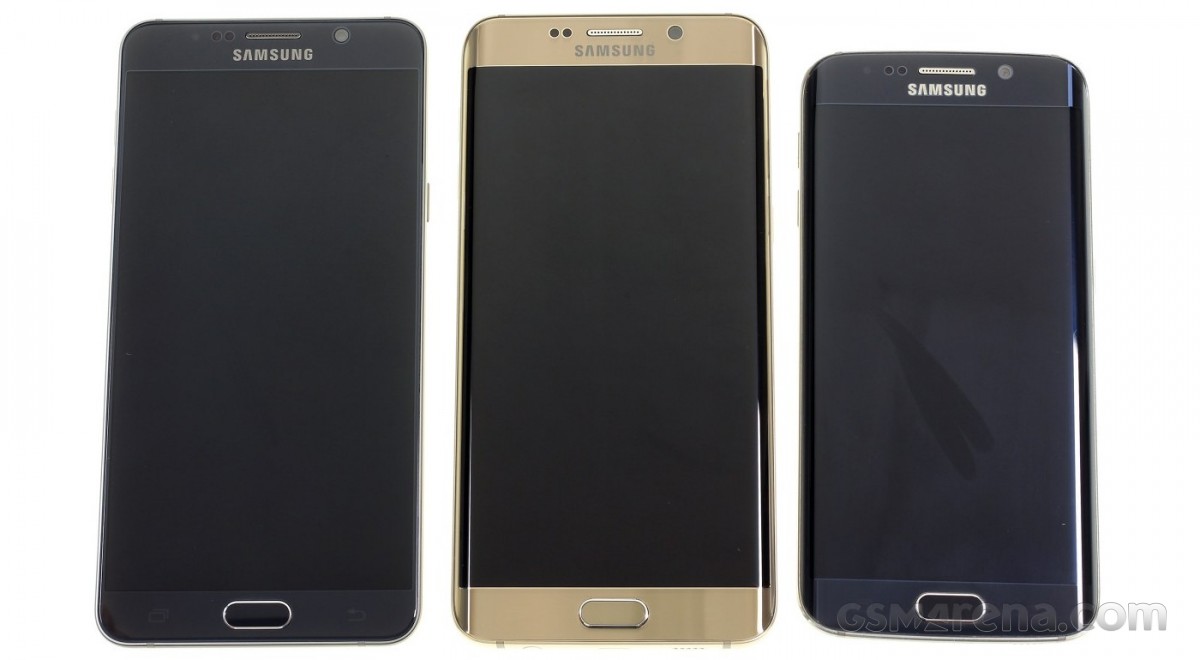 Despite several unpopular changes, the Galaxy S6 series did represent an upgrade over the Galaxy S5. Its Super AMOLED screen was bumped up to 1440p resolution (the S5 was criticized for sticking with 1080p). The curved sides made for an eye-catching design too. 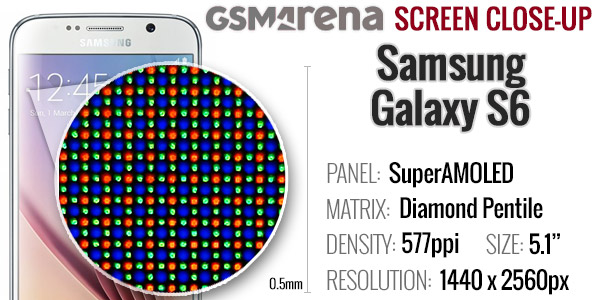 The camera on the rear stuck with a 16MP sensor with 1.12µm pixels, but it brightened the aperture significantly (f/1.9 vs. f/2.4) and adopted OIS. The front camera got a major update too – 5MP may not sound too exciting, but it’s much better than 2MP.

The Galaxy S6 was also the first phone to feature Samsung Pay, which had a game-changing MST feature – it could emulate the magnetic stripe of credit and debit cards. This ensured compatibility even with older PoS terminals, which were the norm in the US.

Of course, you’d want that feature well secured and the improved fingerprint reader helped with that. The Galaxy S5 had an FP reader, but it was the awkward swipe kind, which was really inconvenient to use. The S6 had a proper capacitive reader. 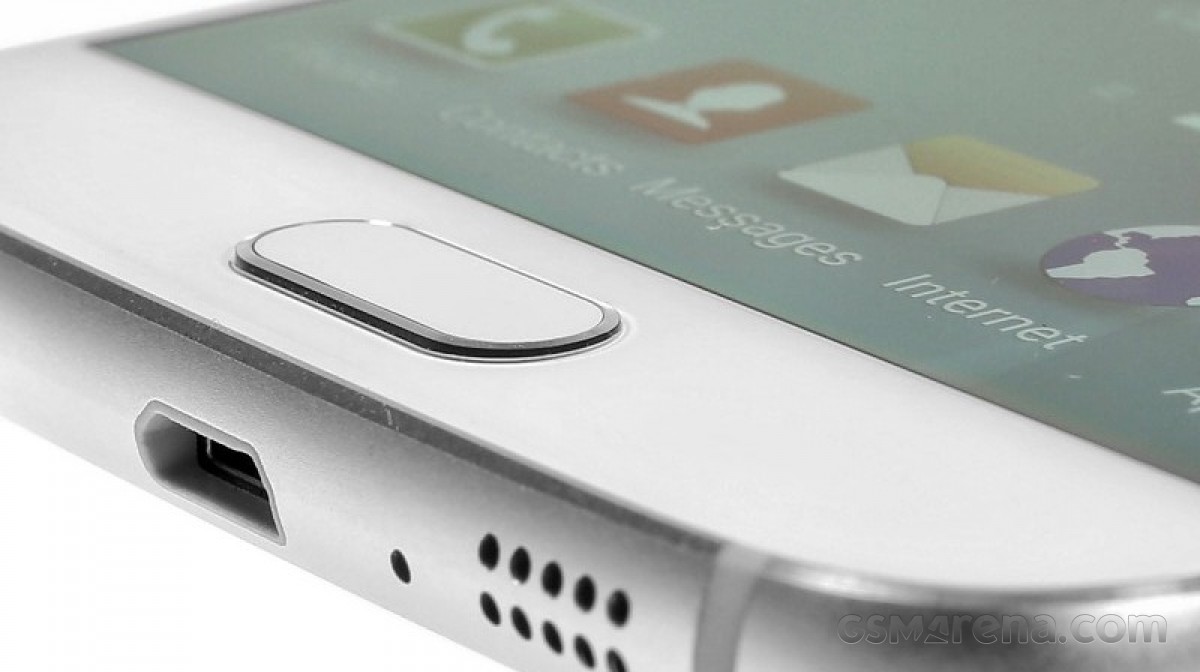 A proper fingerprint reader, unlike the swipe reader of the Galaxy S5

Sale figures were all over the place. After high pre-order numbers, the Galaxy S6 and S6 edge hit a combined 10 million sales about a month after release. The S5 was faster, it got there in 25 days alone. Info from Korea suggested that the flat S6 outsold the S6 edge 3:1. However, demand picked up and Samsung had to open a new plant to keep up with S6 edge orders. Three months in, the Galaxy S6 and S6 edge had set a new record with 15.8 million sales globally, beating the previous champ, the S4 with 15.2 million.

The Galaxy S7 would beat it the following year, by a fair margin too, but this shows two things. First, the upgrades outweighed the hated design choices, making this one of the best-selling Galaxy S phones (the S5 had its detractors, but the S4 was a bona fide hit). Second, some people really did hate the S6, which led to a pent up demand by the time the S7 arrived.

Loved or hated, the Galaxy S6 was one of the best selling models of its era

Memory is a funny thing, we remember the Galaxy S6 as being hated, while the S5 got a mostly positive reception. The thing is though, the S5 had many warts too and the S6 established some features used in the S-series for many years to come, especially the metal and glass design.

Or we see it that way now because in 2021 our views have shifted. For better or for worse, removable batteries are a thing of the past. And while the microSD card was briefly reinstated, it is gone from the S-series again. Even the 3.5 mm headphone jack is no more (thankfully, the S6 had one). Maybe it wasn’t perfect, but maybe the Samsung Galaxy S6 and its two edge siblings weren’t as bad as we remember.

the screen edge design is most disappointed, after some year of usage its came very very bad look

Still using it today since 2015 with factory battery. Samsung has made some stupid decisions in the past years tagging along with stupid Apple decisions, unfortunately users still buy expensive smartphones that have been droping hardware and funcio...

My comment was sarcasm towards some hypocrites "rightfully criticising" Galaxy S6 for looking too similar to iPhone 6 back in 2016 despite them having a drastically different design and frame structure from each other. You know, a ridiculou...