This week the SonyMobile.com domain was redirected to Sony.com. This reminded us of eight years ago when a similar move was made and SonyEricsson.com became SonyMobile.com. So, today’s Flashback article is dedicated to the first smartphone to launch after the Sony/Ericsson divorce. 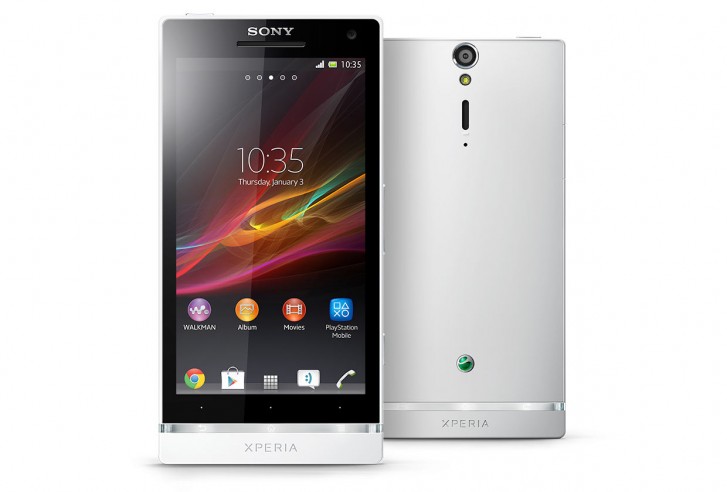 The Sony Xperia S was a clean break from the old designs. It had a blocky look with a convex curve on the back, the exact opposite of the concave curve that the Xperia Arc had. An interesting design element was the transparent band that lit up when you pressed one of the capacitive keys. The band was also the phone’s antenna. This design element was shared with the Xperia P and U.

The S had one of the first 720p displays on mobile, which combined with the moderate diagonal of 4.3”, made it one of the sharpest displays up to that point (tied with the HTC Rezound). Sony, a long-time TV maker with a reputation for quality, hasn’t given up on its enchantment with pushing boundaries when it comes to resolution. It’s still the only maker with a 4K display on a phone (dating back to 2015’s Xperia Z5 Premium).

The Xperia S had a microHDMI port, which could be used to view the 12MP photos and 1080p video shot with the phone. The phone had a cool custom UI when it was connected to TVs. Also, certain TVs could talk to the phone, allowing users to control the phone’s player with the TV’s remote. Alternatively, the Media Remote app allowed the phone to control DLNA-enabled TVs and Blu-ray players.

For viewing on the phone, Sony boasted that the BRAVIA engine would enhance the image quality, but the truth was that the LCD panel had poor viewing angles.

Sony had an entertainment ace up its sleeve – this was a PlayStation Certified phone, meaning it could play PSX games. There were only 17 back when we reviewed the phone, all priced £4.00 (just over $6 at the time).

The Xperia S was Sony’s first phone with a dual-core processor, a part of the Snapdragon S3 chipset. The Sony Ericsson phones were criticized for bringing single-core CPUs in the dual-core era and similarly the S came out around the time of the first quad-cores. Still, the extra oomph (both CPU and GPU) over the Xperia play was appreciated when it came to gaming.

The phone also came pre-loaded with Music and Video Unlimited. The former was a music streaming service that worked on PlayStation 3 and 4, computers and a few other devices. It featured Track ID integration, a music recognition service. Music Unlimited and Track ID have since been shut down.

Movie Unlimited is still around as PlayStation Video, but Sony never achieved its ambition of becoming a music and video vendor like Apple with iTunes and Google with the Play Store (even though it owns both Sony Music and Sony Pictures, each a major distributor in its genre).

The revamped music player • The Infinite button • The equalizer

The player also sported an equalizer with a Clear Bass slider, a familiar trademark found on many Sony products even today. This was for headphones, the loudspeaker featured the optimized xLOUD mode.

The camera used a Sony-designed Exmor R sensor with 12MP resolution. If you needed proof that this phone was from 2012, it featured a “3D Sweep Panorama” mode. It created a 3D panoramic image that could be viewed on compatible 3D TVs. Also, there was a hardware shutter key. Using the Quick launch feature, you could unlock the phone and snap a photo with a single press of the shutter key.

The Xperia S camera proved to be a capable shooter for both stills and videos. We even commended it for capturing some of the best 1080p footage we had seen up to that point. 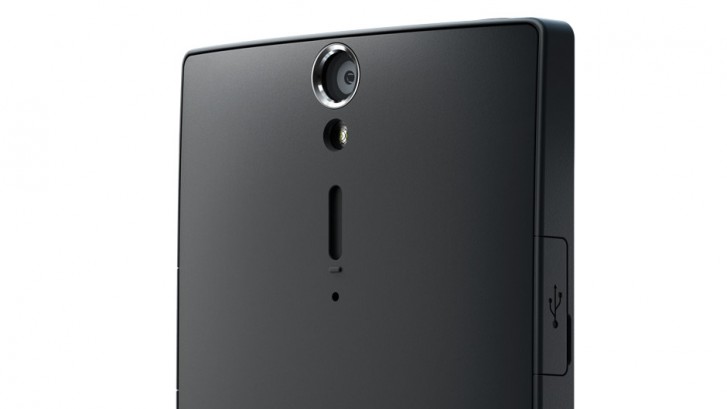 The phone supported NFC. Not rare for the time, but the Sony Smart Tags accessories could be used to automate certain actions. For example, you could have one in your car that activated Bluetooth and GPS, then launch the Wisepilot navigation app that came with the phone.

Sony announced the Xperia S at CES in early January 2012. This was after it announced its intention to buy out Ericsson’s shares of Sony Ericsson, but before it actually did it – the EU only gave the go-ahead at the end of January and the transition happened in mid-February. Still, the phone was branded “Sony Xperia S”, the Ericsson name was not mentioned at all (the phone still bore the old SE logo, though).

Name aside, by 2011 the company had already made the decision to move away from featurephones. Now in full control of the mobile division Sony planned to integrate Xperia phones and tablets with Vaio computers to increase their appeal. This was before it sold Vaio, of course.

This was a difficult time for the mobile division. It was about to announce a loss of $207 million for Q4 2011. The good news was that sales of Android-powered smartphones were up 65% year on year (SE had many Symbian-based devices in addition to feature phones). Q1 of 2012 also resulted in a loss.

The Sony Xperia S was a fine phone and it proved popular enough with consumers – the company reported strong sales in Q1 of the Xperia S and Xperia acro HD models. Still, the mobile division posted a small loss that quarter.

Samsung's collaboration with Olympus is going to be amazing

Great phone, pls how can I fix the scream?

I used that Xperia S Lt26i that phone had awesome experience, I hope you would make such stronger mobile phones like that. I like Sony too!