The "s" refresh is not the time for a major redesign so no surprises so far. The changes will be mostly internal, including better cameras  the selfie camera on the front stays above the earpiece but will allegedly go up to 5MP with 1080p video capture. 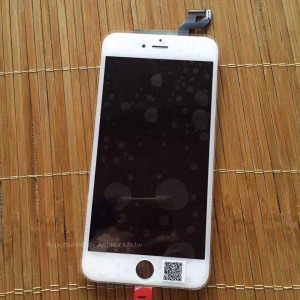 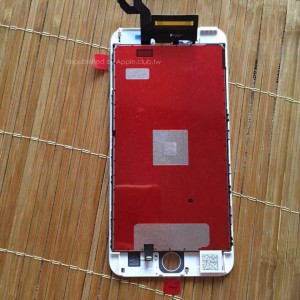 The panel is white, which does nothing to confirm the Rose Gold color option which has been called into question recently. We'll find out next Wednesday when Apple unveils the iPhone 6s and 6s Plus.

Source (in Mandarin) | Via

sound detection u crazy man.... so if im in a noisy plase my knock on feature wont work or if my devices micro stop working then it wont work......it is a software trick boy not sound related.

Force touch. Technology available since 1995 and used in 2 Sega consoles. But of course to the Apple Fanbois it's an Apple "innovation" and everyone else is copying. . . .

Knock wakeup function is made by LG. Somewhat similar in idea but it use sound detection not screen pressure.