After being spotted on benchmarks and the FCC's website as well as leaking in renders, the Samsung Galaxy J2 (2016) has finally gone official. The device is now listed on the South Korean company's India website. 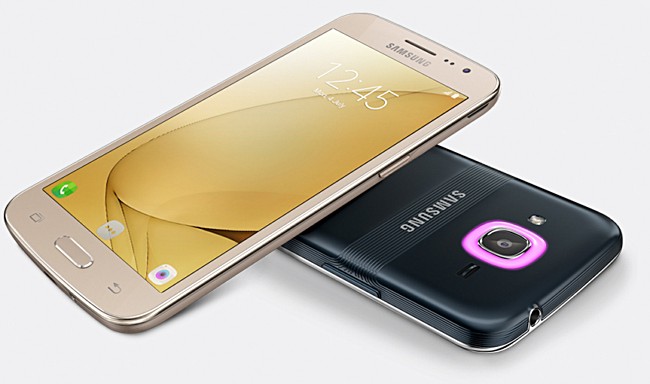 Specs-wise, the Galaxy J2 (2016) is powered by a quad core 1.5GHz processor and sports a 5-inch HD display. It comes with 1.5GB RAM and 8GB expandable internal memory, and packs in a 2,600 mAh battery. The entry-level handset features an 8MP rear camera and a 5MP front shooter.

Available in Gold, Black, and White color options, the Galaxy J2 (2016) measures 142.4 x 71.1 x 8.0mm and runs Android Marshmallow out-of-the box. The unique feature of the phone is a feature called Smart Glow that lets you color-code your contacts, apps and phone usage alerts so that you get more accurate notifications without even having to look at the screen.

The handset also features Turbo Speed Technology (TST) that is aimed at performance enhancement, which is achieved by "using the least amount of resources to complete a particular task in the fastest time." Samsung claims that with this tech, apps load up to 40% faster when compared to devices with double the RAM.

Aside from these features, the S Bike Mode is also there. As for price, the Galaxy J2 (2016) reportedly costs INR 9,750, which translates into around $145. It will be available for purchase in India starting next week.

When i try to up date my apps from play store then a message is blink as notification that un sufficient space what can I do please inform me at basirahmed07@gmail.com

You should read up on Global business. Sony is hurting everywhere except on the PlayStation 4 front. They are doing particularly bad in the mobile and appliances side (TVs, walkmans, phones, laptops, etc.) as their market has been cannibalized and ...