For fans of the stylus there is no substitute – Samsung's Note line-up offers a freehand note-taking, doodling and annotating experience second to none. The 2020 generation brings improvements on all fronts, from software to hardware, to make the S Pen even better. The rest of the phones got major upgrades too, of course, but they come at a cost.

As the name implies, the Galaxy Note20 Ultra is built on the S20 Ultra platform. It has the same screen, a 6.9” Dynamic AMOLED 2X panel with 1440p+ resolution and 120Hz refresh rate. You still need to set the rendering resolution to 1080p+ to get the 120 Hz mode, however.

The S Pen and the supporting Wacom layer on the screen have been updated to achieve 9 ms latency. Samsung says that at this point the experience is very much like writing on paper. Notes you take can be converted to Microsoft Office formats and synced with your other devices via Samsung Notes. 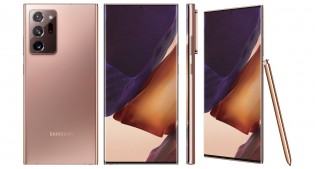 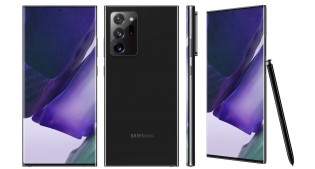 The S Pen can also be used for navigation with five new Anywhere actions. By "drawing" shapes in the air (that is without being anywhere close to the screen), you could go Back, open Recent apps, go Home and more.

Another change is that this is the first mobile display to be protected by Gorilla Glass Victus. It’s better at resisting scratches and can survive drops from 2 meters (6.5 ft) on a hard surface. There is an ultrasonic fingerprint reader embedded in the display along with a 10 MP selfie camera.

The rear camera still features the large 108 MP main sensor. It produces 12 MP photos with binning, records 8K videos at 24 fps with a cinematic 21:9 aspect ratio (this ratio is also available for 1080p at 120 fps videos). There is optical stabilization but not Dual Pixel autofocus. However, the Phase Detection autofocus is now augmented with Laser AF (the 3D ToF sensor has been axed). 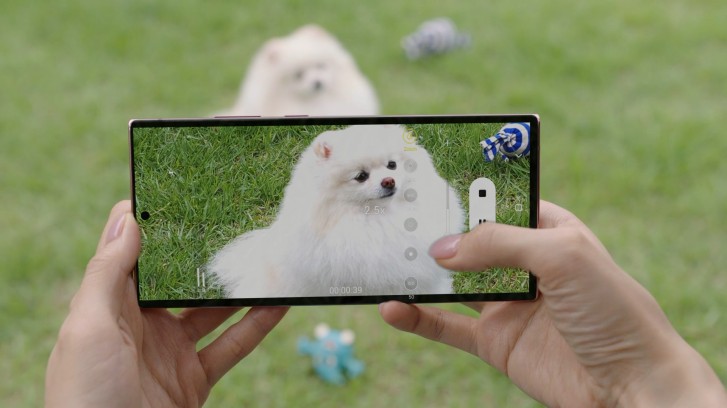 The Note20 Ultra still boasts a periscope lens with 5x optical magnification as opposed to 4x. There is now a 12MP sensor sitting behind it, replacing the 48MP sensor of the S20 Ultra. The bet here is that the longer zoom and brighter f/3.0 aperture will make up for the smaller 1.0 µm pixels (the 48 MP sensor had 1.6 µm pixels in its binned 12MP mode and was behind an f/3.5 aperture). Space Zoom is limited to 50x, but that’s not a huge issues as those magnification ratios are not very practical (especially not 100x).

The chipset divide remains, with a partial upgrade. Much of the world will get the Snapdragon 865+ chipset, which is 10% faster than the 865 found inside the S20 phones. However, Europe and India are stuck with the old Exynos 990 rather than an upgraded version of the chip.

As far as Microsoft is concerned, games will run on its xCloud service – the Note20 duo are the first phones with special optimizations baked into their software. There will be over 100 Xbox titles available in mid-September with the Xbox Game Pass Ultimate. The screen's 240 Hz touch sampling rate matches dedicated gaming phones. 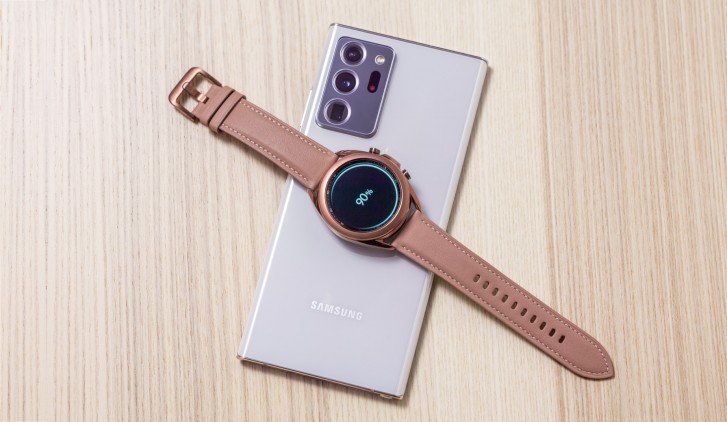 The phone will be available in three colors at launch: Mystic Bronze, Mystic Black and Mystic White. Shipments will start “in select markets” on August 21. There will be both 4G and 5G (with mmWave) models available, but availability will differ by market.

Note that if you pre-order either Note20, you can pick one of two perks - Galaxy Buds+ (not Live), which you can have now, or the Gaming bundle, which is coming later. The bundle features a wireless charger plus a wireless game controller. This bundle also includes 3 months of Xbox Game Pass Ultimate 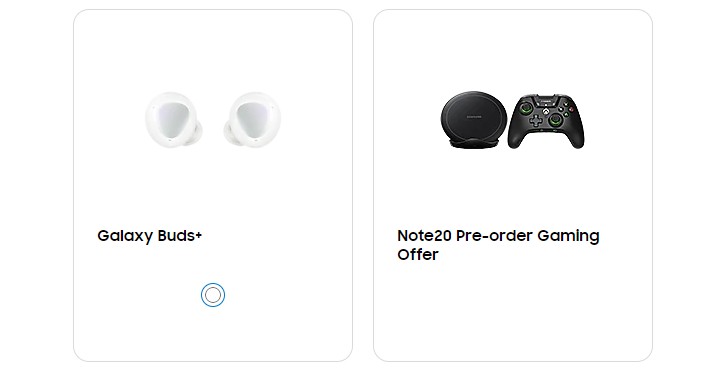 The Notes first split into two last year and the gap has grown significantly this generation. Perhaps this is why Samsung went with Ultra for the premium offering, rather than sticking with Plus.

The Galaxy Note20 comes with a larger screen than its predecessor – 6.7”, up from 6.3” – making it only slightly smaller than the Ultra. However, it is a flat panel rather than a curved one. 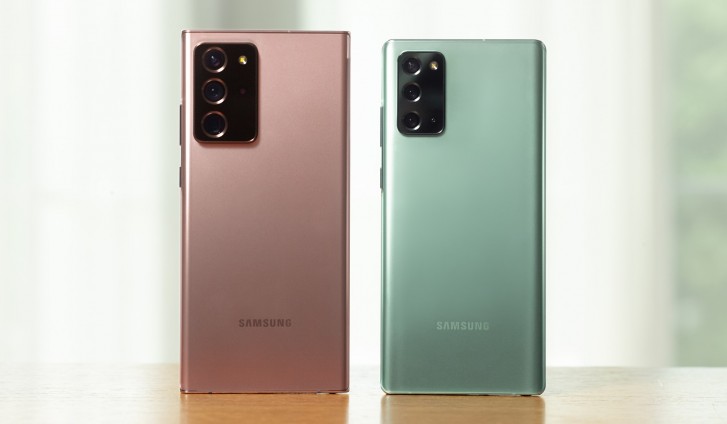 This is a 1080p+ panel with the old Gorilla Glass 5 (even the Note10 used GG6). Those aren't the only downgrades compared to the Ultra either. The one that hurts the most is the refresh rate, a standard 60 Hz. This is also bad news for the S Pen as it misses out on the low latency upgrade.

The battery is also significantly bigger than before. At 4,300 mAh it trails the Ultra model only by a little (and it has a less power-hungry screen to feed). The vanilla Note10 had a 3,500 mAh battery. Anyway, the new battery will charge from 0% to 50% in half an hour using the included 25W charger.

The rear camera is lifted from the S20/S20+. The main 12MP sensor has large 1.8µm pixels, which features Dual Pixel autofocus and OIS. A 64MP sensor (1.0 µm) is used both as a telephoto camera (3x lossless zoom, 30x Space Zoom) and as an 8K video cam. Finally, there’s the familiar 12MP ultra wide-angle cam. 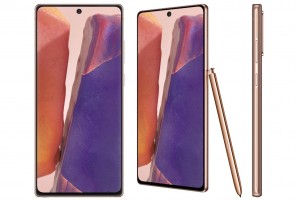 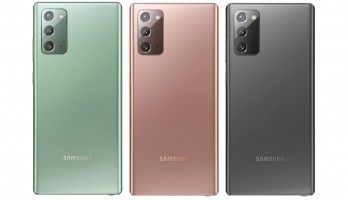 The chipset situation is the same – the original Exynos 990 in Europe and India, the upgraded Snapdragon 865+ elsewhere. However, RAM capacity is 8GB and the only storage option is 256GB built in and no microSD slot. The 5G model will also be available with 128GB storage.

Like it or not it's optics. That's how photography works.

Well, I don't like that at all. I like to take close-up shots of plants and stuff. It's stupid to make a phone that can't do that.