Galaxy S10+'s chin to be comparable to that of the iPhone X, smaller than Mate 20 Pro's

Another day, another leak about one of the members of Samsung's upcoming Galaxy S10 family. This time around a purported screen protector for the Galaxy S10+ has been outed. Not only that, but it's been used for an impromptu chin comparison, between the S10+ and the iPhone X as well as the Huawei Mate 20 Pro.

As you can see from the images below, the S10+ is shaping up to have a chin that's pretty much the same size as the iPhone X's. That's not a small achievement since the way Apple does that is by curving the OLED panel inwards so that the connectors don't have to take up space in the chin. 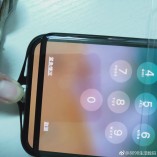 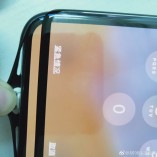 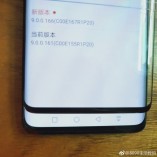 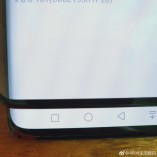 This obviously adds to the bill of materials, but it's nice to see Samsung adopting this technology too - especially since it was the company supplying Apple with the display panels for the iPhone X anyway.

Compared to the Huawei Mate 20 Pro, the S10+ will have a smaller chin, although noticing the difference in real life might be hard without a ruler. It is narrower, though, so Samsung's going to one-up its biggest competitor from this point of view.

No one have a NEW Design LOL!

Apple does NOT bend the actual OLED panel on the bottom. Wish people would stop saying that based on that fake image that gets posted a lot. Take a look at teardown videos and pictures of the iPhone X to see how they did it. Samsung's chin will ...