While we already knew it's happening soon, Samsung has now confirmed that the Galaxy S7/S7 edge Nougat beta program is ending today. The confirmation came in the form of a notice issued to those who are part of the program. 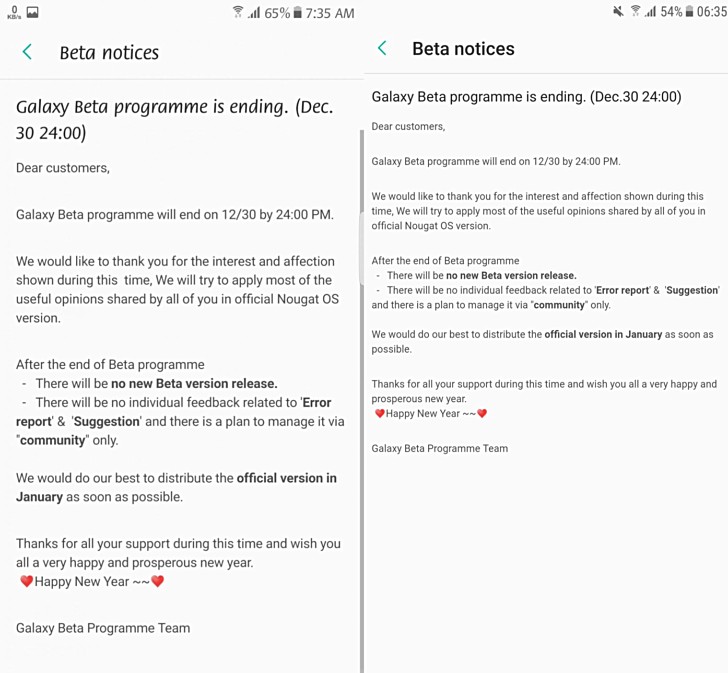 The Galaxy Beta Program was launched by the South Korean company in the second week of November, and the firm released five updates as part of the program, with the latest one coming just a couple of days ago.

With the beta program ending today, it'd now be reasonable to assume that the final roll out will begin sometime early January - the beta notice does say that Samsung will try its best to push out the final update in January.

Exactly. Another reason why I hate Samsung and stopped using their devices. It's an explosive company!

knowing my country we'll never get the update, thx for Odin hopw they get it asap for all the samsung devices :D

Far worse devices (hardware wise) got Nougat. Proof that Samsung does not care to support her best devices , only her latest (Note 4 is still the best Samsung phone).